Behind-the-scenes scoop: Girl Vs. Monster has a Twilight connection--and more!

Are you ready for Disney Channel’s new Halloween-themed original movie Girl Vs. Monster? We sure are!

The flick follows some pretty spooky mayhem when teen Skylar accidentally unleashes a monster in her house on Halloween night. Sounds creepy, right? Well, there were loads of creepy—and hilarious—things that popped up on the Vancouver set. So we headed out there to hang with the stars to get the scoop.

They shot in the same spot as Twilight. “We shot [scenes] in those same woods as the New Moon scene where Edward leaves Bella.”—Brendan Meyer / “Henry”

Filming was a nightmare (no, not that way!). “Olivia [Holt] and I both had weird nightmares and all of the cast members were in them. In one of mine, Brendan [Meyer], Olivia and I were running in the forest  with my sister for some reason. I never found out what we were running from, but I know I was super scared!”—Kerris Dorsey / “Sadie”

Luke Benward liked to scare people off set. “He came over one night to watch a movie with me and the rest of the kids, so I had left my door open and I didn’t hear him come in. We were all just sitting there talking, and suddenly he [popped out] around the corner and yelled and me. My heart could not stop racing.”—Olivia Holt / “Skylar”

Life kinda imitated art. “We had a lot of different monsters on set. I was in craft services getting some snacks and saw someone out of the corner of my eye. I turned and it was this creepy clown looking at me! I realized it was an actor, but it scared me for a minute.”—Kat McNamara / “Myra”

Some locations were (questionably) haunted. “We were filming at this mansion that I guess used to be a convent. There was this dead-bolted room at the top of this dark staircase and Kat [McNamara], Olivia and I recorded us going up and trying to open it. Looking at the videos later, we saw little white things slide across [the screen]. It was really creepy!”—Kerris Dorsey / “Sadie”

Want more from the Girl Vs. Monster cast? Check out our exclusive behind-the-scenes video below…

Be sure to catch Girl Vs. Monster when it premieres this Friday, Oct. 12, at 8 p.m. ET/PT on Disney Channel.

What’s one of the spookiest things you’ve seen recently? Blog about it, babes. 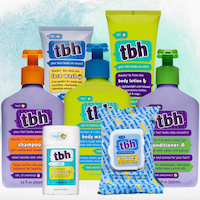