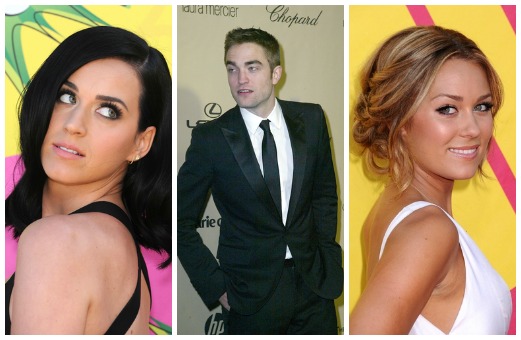 Hollywood never slows down and this week’s gossip does not disappoint! What's going on in the lives of our fave celebs? Don't worry, we’ve got the scoop on everything from Robsten drama to T-Swift’s latest venture below.

The Twilight hottie was spotted at a Dodgers game with possible new girlfriend, actress Maika Monroe. The 19-year-old blonde was previously rumored to be dating another one of our faves, Zac Efron after co-starring in At Any Price with him. But, from the looks of it, she’s def with Taylor now! Maybe it’s payback from that time Zac started dating Tay’s ex, Lily Collins? Either way, we think the pair make an adorable couple.

So Rob Pattinson and California gal Katy Perry were def spotted “crashing” a wedding rehearsal at a resort in Santa Barbara (more like saw from a distance) this week, fueling already-sparked rumors that KP came between Rob and on again, off again GF Kristen Stewart. But sources are insisting that, "Nothing is going on between Rob and Katy...they are just super good friends." Another source says the real reason for the breakup is KStew was pressuring Rob to marry her and he was too scared to commit. Must’ve been awkward “crashing” a wedding then, Rob, don’t ya think?

Twilight star Ashley Greene and actress Julianne Hough were spotted getting mani/pedis together in L.A. this week. Can we join—no seriously? Both gals have been through breakups recently so we’re sure they have a lot to talk about. Plus they’re both total girly girls. We totally approve of this new Hollywood friendship. Do you wish you had them as buds?

Big Surprise: Justin Bieber is getting into more trouble

Whoops! The police were called to the Biebs’ house this week in response to neighbors’ calls about his alleged reckless driving. Apparently the singer was driving too fast around his neighborhood when a bunch of kids were outside. Throw in Justin’s bud, Lil Twist and his lead foot and, well, we want to give the two a lecture about the dangers of living life in the fast lane.

We heart Taylor’s fab scent Wonderstruck, so we’re obviously excited for her new scent to hit beauty shelves this June. Her new perfume, Taylor by Taylor Swift, reportedly will have notes of sparkling tangerine, apricot nectar, peonies, hydrangeas and vanilla orchids. Tay was quoted as saying, “Taylor by Taylor Swift is a mix of a lot of things–it’s sweet, it’s sophisticated, it draws you in–it’s really my way of translating classic, yet modern, into a perfume.” Can't wait!

Well, apparently not yet. Rumors ran rampant this week that our fave reality star-turned-fashion designer said “yes” to BF William Tell, but her rep shot those down. Let’s just say can't wait until Will does gets down on one knee because her wedding dress is gonna be gorgeous without a doubt. Wonder if she’ll bring MTV along to document it all? 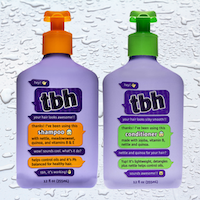