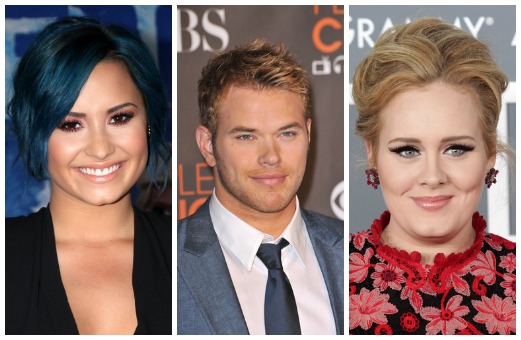 Just because it’s Christmas time doesn’t mean that there isn’t any juicy news swirling around about some of our fave celebs. Which X Factor judge is saying goodbye and who was given a mega honor? Read on to find out!

Simon Cowell, creator of The X Factor, confirmed our fears this week that one of our fave judges won’t be returning next season. Demi Lovato has been a super fun addition to the crew for the past two seasons, so we’re going to miss her. But the good news is, Demi claims 2014 will be dedicated, “completely and entirely to music.” That means something amazing is going come out of the change, right?!

The Fault in Our Stars teases us more

It’s finally here! Based off the book by John Green, The Fault in Our Stars has become one of the most buzzed about flicks of the year. And as an early Christmas present, a new poster for the movie was released this week—and it made our hearts melt. Giving us a new poster makes the pain of the movie not coming out until June 6, 2014 a little more bearable. Will you be checking out the flick when it hits theaters next summer?

After weeks of watching The Voice, season 5 has come to a close and the winner has been decided. The final three standing? Jacquie Lee, Will Champlin and Tessanne Chin. All proved their talent but it was Team Adam’s Tessaane who came out on top this week. We are super excited to see what’s to come from this chick in the future. Were you rooting for her all along?

Ever since giving birth to an adorable boy, Adele has successfully stayed out of the spotlight to focus on her mommy duties. Sweet, right? Well it was even sweeter that she stepped back into the spotlight this week to accept one honor that might trump all of those Grammys, Golden Globe and Oscar awards. Adele was awarded the MBE medal by Prince Charles, an award reserved for exemplary British subjects, and graciously accepted the honor at none other than Buckingham Palace (looking ever so stylish, might we add).

She very well could be! The singer was spotted exiting a private jet this week in Florida. And who was behind her? Kellan Lutz. Hey, maybe it was just more convenient for the two to share planes, but we wouldn’t be entirely surprised if we see them together out on the town soon.