We're gushing over Jackson Guthy and now you can, too! 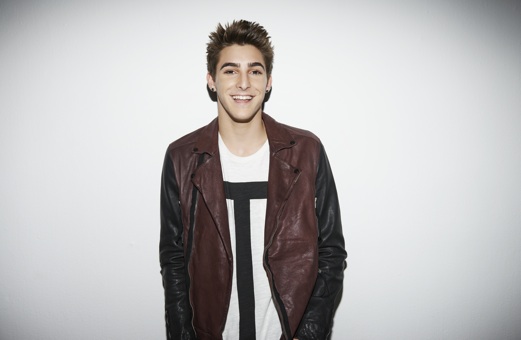 Recognize this cutie? It’s Jackson Guthy, of course. Maybe you saw him open up for one of your faves like MKTO and Emblem3 or even Victoria Justice and Big Time Rush. He’s been on the road almost non-stop lately, so he’s bound to have passed through your city at some point.

Honestly, we think Jackson’s got all the makings of a super star. His voice is crazy amazing, that adorbs smile is incredibly charming, and we really just can’t resist his swag. If you don’t believe us, just ask Randy Jackson. The all-star American Idol mentor and music biz know-it-all loves Jackson so much that the two are working together to take him straight to the top of the pop charts.

Haven’t heard of Jackson yet? Check out the lyric video for his brand new single “Young and Single” below and we guarantee you’ll be instantly hooked…

We just can’t get this tune out of our heads. Maybe it’s because it reminds us One Direction a li’l bit. Or maybe it’s because Jackson’s jam is a total poolside song, making it perfect to blast during this year’s spring break or when you’re daydreaming about summer.

If you’re digging Jackson’s new tune and you’re dying to see this totally talented cutie live in concert, then you’re in luck! He’ll be the opening act on 5 Seconds of Summer’s North American tour starting April 11 in San Francisco. CLICK HERE to see when he’s coming to a city near you.

Are you a Jackson Guthy fan? Are you loving “Young and Single” right now? Share in the comments below.