Austin Mahone is giving us a ton of birthday wishes! 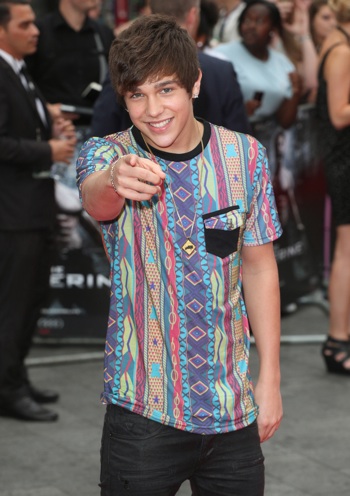 There are many things to love about today. It’s Friday. And it’s April 4, meaning Austin Mahone turns 18.

We’re doing a ton of things today to celebrate one of our favorite singers (blasting his “Mmm Yeah” music video at least 18 times in his honor is one of them). But it seems like the cutie is gifting us with a load of treats on his birthday instead of it being the other way around.

For starters, Austin announced to all of his Mahomies today that he will finally be releasing his debut album The Secret on (squee!) May 27. Not only that, but he also announced that he’s going on a major summer tour—and bringing Fifth Harmony and The Vamps on the road with him. The MTV Presents Austin Mahone tour will kick off in San Antonio, Texas on July 25 and tickets go on sale next Friday, April 11. Concert-goers will also receive a download of The Secret on May 27 with purchase of tickets to the tour, so you better mark that on your calendars.

But we have one more very special birthday surprise just for you! You see, GL will be celebrating our 20th birthday with Austin (who is celebrating is birthday today, if you haven’t already figured that out) in a very special way. More details coming soon!

Will you be seeing Austin on tour this summer? Share in the comments below.