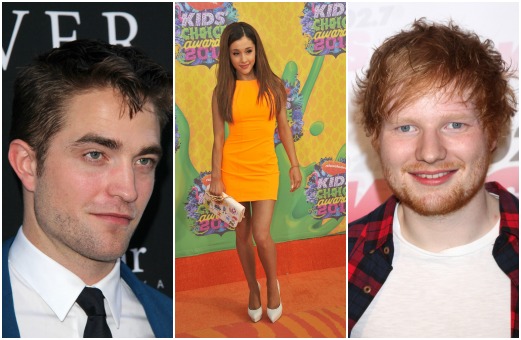 You know what they say in L.A., with another week comes more Hollywood relationship dramz. It never really slows down, even during the summer. Also, you won’t believe what Ed had to say about Taylor and ch-ch-check out the new Hunger Games preview. Read on for all the celeb-filled scoop.

The very first teaser trailer for The Hunger Games: Mockingjay Part 1 dropped this week and it’s too exciting for words. It didn’t really show much, but it did leave us wanting more. Remember what a cliffhanger Catching Fire was? Well, this teaser picks up right where the series left off with Peeta in the hands of President Snow. He looks miserable! Are you lovin’ the trailer or was it just eh? Panem today, Panem tomorrow, Panem forever.

Time for a party! Ariana’s turning 21

Ari turned the big 21 on Thursday, but she celebrated a little bit early by hitting up the happiest place on earth (Disney World, obvi) in Florida earlier in the week. She met Cinderella and Prince Charming, who presented her with her very own princess cake! Who do we have to call to get one for our big 20th b-day celebration? Happy Birthday, Ari!

Does Rob finally have a new GF?

There’s a new report straight from the British paper The Telegraph that states Rob Pattinson’s new girlfriend is model Imogen Kerr. We don’t really know what to make of this seeing as last week Rob reportedly told Entertainment Tonight that he was single and excited about it. Are you calling bluff on this relationship? Who do you think he should date next? We’re kinda, sorta still holding out hope that bestie Katy Perry finally realizes they might have something more than a friendship.

Fashionista Lauren Conrad went on her bachelorette party this week to Cabo San Lucas, Mexico with all of her besties, including Lo Bosworth (her BFF from The Hills)! LC is getting married soon to William Tell and in true celeb fashion, some picks of the celebration landed on Instagram. We’re liking the white bow, LC. Can’t wait to see what amazing ensemble she rocks on her wedding day!

Taylor Swift’s BGF Ed Sheeran spilled some deets about her to Time Magazine this week. The British cutie reportedly opened up about the country singer, saying, “I know she's 24 but she's a sort of middle-aged woman trapped in a 24-year-old's body." We kinda figured Tay was an old soul, but, hey, she still loves having fun. Ed also added, "She hangs out with her cat and sews things." Sorry, but did you see pics of her new kitty Olivia Benson? Who wouldn’t want to spend time with that?! 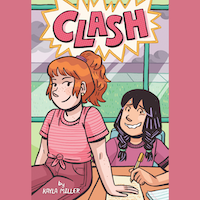