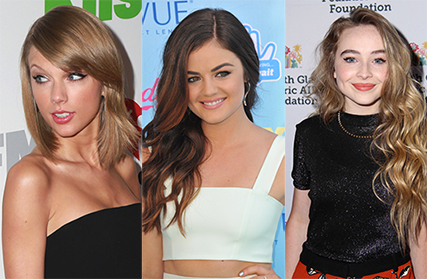 We are only two weeks into 2015 and things are already heating up with some of our fave celebs. Who is refusing to tell a pretty, little secret and which group is finally hitting the road for a show of their own? Read on to find out!

This week, one of our fave pretty little liars sat down at Late Night with Seth Meyers and talked about everything from her music to her hit TV show. Seth asked Lucy Hale the one question everyone has on their mind – who really is A? Lucy ended up spilling that she is the only one of the Liars who doesn’t know! Apparently someone spilled the beans to the whole cast and crew when Lucy wasn’t there, and they’ve decided to keep the biggest secret of the show from her. Does this mean that Aria is the one who is truly behind the red letter or is it that Lucy just can’t keep a secret?

It’s no secret that Fifth Harmony is sky-rocketing to super stardom. They’ve already won an MTV Music Award and they don’t even have a full album yet. This week, the girls announced that they’re finally hitting the road for their first headlining tour in 2015! After making their name known on The X-Factor and touring consistently as an opening act, these girls are seeing their name in the big lights. We can’t wait to see what Fifth Harmony brings into the new year.

We’ve been reporting more and more about Sabrina Carpenter’s music and we’re here to tell you that she has yet another single that’s about to drop! Sabrina Instagramed a pic of the single artwork and captioned it saying, “HEY GUYS EXCITING NEWS!!! My new single is called ‘We’ll Be The Stars’ and I can’t wait for you to hear it!!! Out 1/13!!” If this tune is like her others, we know that it will be a total hit.

It’s officially the start of award season and we couldn’t be more excited to see our fave celebs hit the red carpet and make speeches that leave us needing tissues. The People’s Choice Awards were this week and we can’t stop talking about it. Not only was Chris Evans a total sweetheart and helped Betty White walk to the stage, but our faves like Jennifer Lawrence, Shailene Woodley and Ed Sheeran all walked away with awards. We can’t wait to see what happens this award season!

We’ve reported before that Taylor Swift and Katy Perry are not the best of friends, but there are now rumors that Katy plans to totally embarrass T. Swift during the Superbowl Half Time Show. Once it was revealed that Tay’s hit "Bad Blood" was about her frenemy Katy, we can’t stop thinking about what may happen! An insider says that Katy is planning on making an obvious jab at Tay by using lyrics and visuals. We hope that this all just rumors and that these fierce females can learn to forgive and forget before something truly bad happens! 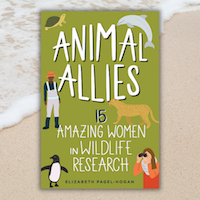 Heart animals? Learn how these women are helping them. Enter to win here!