Cody Simpson and Gigi Hadid know how to celebrate 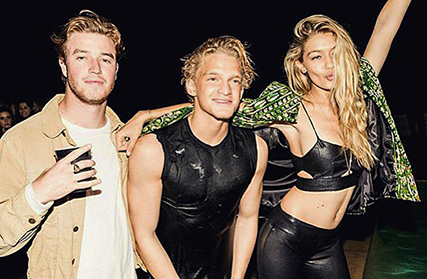 Cody partied with celebs like Miley Cyrus, Selena Gomez, and Justin Bieber for his birthday weekend, but he also got a little extra surprise. During his birthday party, some of Cody's friends pushed him into the pool – with his phone in his pocket. Uh oh. Yesterday, Cody posted a message to all his fans and friends to let them know what happened. 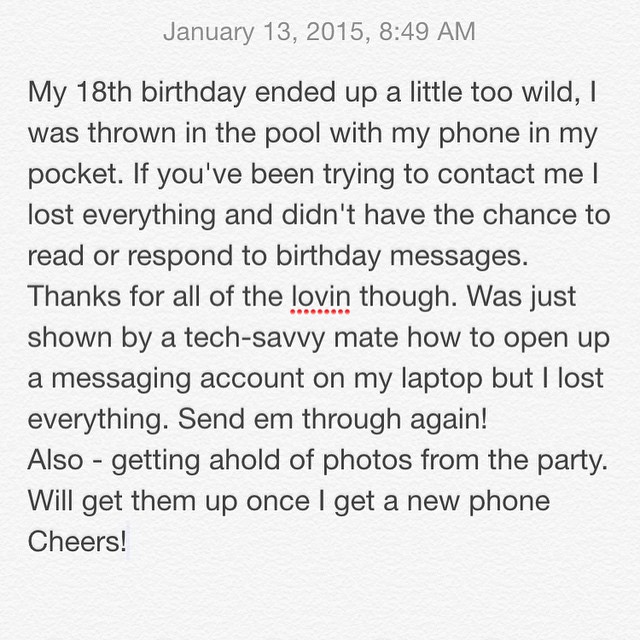 Though Cody's probably bummed about his broken phone, it looks like he and Gigi still had an awesome time celebrating.

We're so excited for Gigi and her new career opportunity, and we're glad that Cody had a great birthday even if there were some mishaps along the way.

What do you think of Cody and Gigi as a couple? Do you think Gigi is a good pick for Maybelline's spokesperson, or did Estee Lauder do it better with Kendall Jenner? Tell us in the comments.