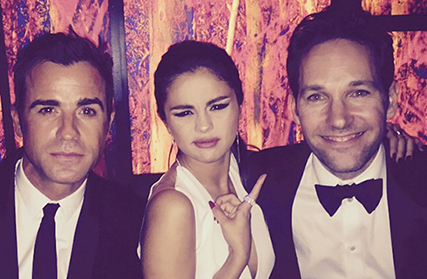 It seems like Selena Gomez is kicking her career into high gear lately. After releasing her new song "The Heart Wants What It Wants" back in November, and hinting at even more new music for 2015, Selena made yet another announcement about an upcoming project.

After hanging with actor Paul Rudd at the Golden Globes on Sunday night, Selena revealed that the two are actually going to be costars in a new film called The Revised Fundamentals of Caregiving. In the movie, Selena plays a 17 year old named Dot who joins in on a road trip that Rudd's caregiver character Ben is taking with a teenager named Trevor who has muscular dystrophy. Filming for the movie starts later this month.

What do you think of Selena's new film? Will you go see The Revised Fundamentals of Caregiving when it hits theaters? Let us know in the comments.

THE DEMIGOD GIRL WITH THE MAGIC PAINTBRUSH 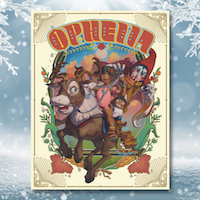 After being kidnapped, young demigod Ophelia ends up stranded in the Valley of the Cyclops. Follow along as she encounters a fey shaman who uses the mighty paintbrush to open a portal to a wondrous refuge from humans and other dangers. Enter to win here!