Justin Bieber is getting his act together 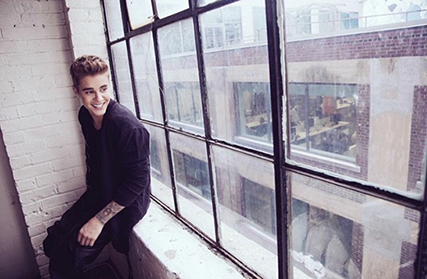 We know, we know, Justin Bieber hasn't exactly been his best self in the past few months or so, but like we told you on our  list, this just might be Justin's year. After the Biebs made a visit to Ellen DeGeneres's show for her birthday today, he acknowledged that he's made some bad decisions lately – and even apologized and promised to do better. It sounds like Justin made a New Year's Resolution that's starting to pay off.

In the video, Justin explains, "Today I was on Ellen and it was a lot of fun. But I was really nervous and I think I was really nervous because I was afraid of what people are thinking about me right now. It's been a minute since I've been in a public appearance and I didn't want to come off arrogant or conceited - basically how I've been acting the past year, year and a half. I'm not who I was pretending to be, and why I say pretending is we often pretend to be something we're not as a coverup of what we're truly feeling inside, and there was a lot of feelings going on in there. Just being young and growing up in this business is hard; growing up in general is hard." Justin conintued, telling fans, "I felt awkward up there, I felt like people were judging me and I really want people to know how much I care. I'm a person who genuinely cares and, although what's happened in the past has happened, I just want to make the best impression on people and be kind and loving and gentle and soft. Although people can call me a softie, that's how my mom raised me."

Justin even shared some new music on his Instagram (listen here and here) and the songs are both super sweet. It seems like Justin's serious about turning over a new leaf going forward.

Check out his appearance on today's Ellen below.

What do you think about Justin's apology to his fans? Are you willing to forgive him for his past mistakes? Tell us in the comments.