GL is hitting up the Nickelodeon Kids' Choice Awards 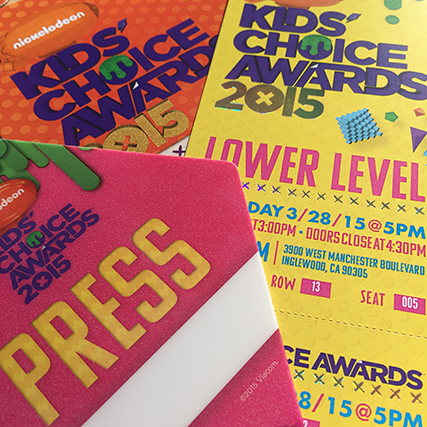 Hey, GL girls! You probably already know that the Nickelodeon 2015 Kids' Choice Awards are later tonight, but did you know that GL is hitting up the show? We'll be interviewing all of the hottest celebs as they arrive, so keep your eye out in the next few days for some exclusive orange carpet coverage.

Plus, we'll be live tweeting the awards ceremony as it happens starting at 8:00 PM EST/5:00 PM PST, so make sure to follow us at @GirlsLifeMag and watch along with us as the show simulcasts across Nick, TeenNick, Nick.com and the Nick App for the first time ever. (If you're on the west coast, be careful of spoilers, but don't forget to check back in later tonight!)

This year's show is shaping up to be totally incredible. With Nick Jonas hosting and performances by Iggy Azalea, Jennifer Hudson, 5 Seconds of Summer as well as the "Jealous" singer himself, we know we're in for a heck of a night. We're also looking forward to seeing Liam Hemsworth, Zendaya, Meghan Trainor, Debby Ryan, Quvenzhané Wallis, Fifth Harmony, Shawn Mendes and Mo'ne Davis take the stage, as well as a bunch of other awesome celebs.

In addition to the star-studded show, Nick has another treat for fans: a special hour-long episode of The Thundermans premiering before the show starts at 7:00 PM (featuring sneak peeks at the KCAs orange carpet) and an exclusive look at the all new cartoon Harvey Beaks once the show is over at 9:30 PM.

Will you be watching the show tonight? Which shows and stars do you want to win? Check out the list of nominees here and discuss in the comments below.