The MTV Movie Awards were last night, and so many of our favorite actors and movies got recognized. We loved the award fashion and getting to see new clips from the summer films we're most looking forward to, but our favorite part is getting to cheer on the stars we love.

Our girl Shailene Woodley was the big winner of the night, taking home several awards for her performances, but Dylan O'Brien also got his time to shine. Check out the full list of winners below.

Movie of the Year: The Fault in Our Stars

Best Kiss: Shailene Woodley and Ansel Elgort, The Fault in Our Stars

Best Scared as **** Performance: Jennifer Lopez, The Boy Next Door

Best Female Performance: Shailene Woodley, The Fault in Our Stars

Best Fight: Dylan O’Brien vs. Will Poulter, The Maze Runner

Can you believe that Shai won four whole awards? How nuts is that?

Who were you rooting for during last night's awards? Did one of your favorite movies or performances not make the cut?

POSTED IN The Hunger Games, The Fault in Our Stars, MTV, Jennifer Lawrence, Shailene Woodley 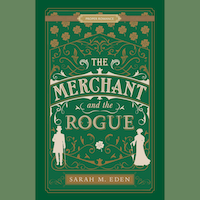 Brogan and Vera must learn to trust each other with dangerous secrets that have followed them from their home countries. This Victorian love story is the perfect escape for summer. Enter here!