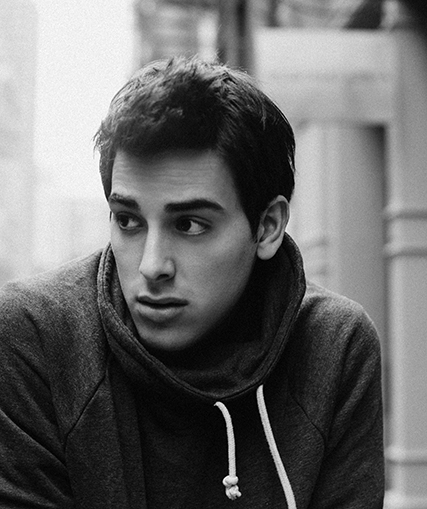 Just last year, we hosted our boy Jackson Harris here at GLHQ for our Spring Fling, an awesome pre-party before the Cher Lloyd concert. Now, Jackson's jetting all over the world as he tours with his good friend Cody Simpson and performs his music for all his fans. We snagged a few minutes with the singer-songwriter to catch up and talk about what he's up to now. Check it out, and watch his newest video below!

GL: Jackson, tell us about working on your recent music.

Jackson: It’s fun! For "Fight No More," we wrote about this experience with a particular girl who kind of had her guard up. I was just trying to convince her, you know, "I’m here because I love you and want to be part of your life." I wanted to capture the emotion of the first exciting few weeks of dating someone and falling in love.

GL: Where do you usually find inspiration for your songs?

Jackson: I write with a lot of different people, but many of my songs are about myself. I feel like if I didn't go through it, it would be hard for me to think about honestly. I always pride myself on writing truthful pop music so I can tell a story I'm living through. I want my music to be a journal of my life.

GL: When did you get into music?

Jackson: I was thirteen or fourteen when I started to really realize making music was something I liked. And other people seemed to like it when I was doing it, so I figured I must be okay. I was fifteen or sixteen when I started writing my own songs and getting into the musical community at my high school.

GL: Is there anyone in the industry you try to emulate?

Jackson: Taylor Swift. She takes people who have been in her life and puts them into songs, kind of fills people in on what she’s been thinking and doing for the last year. It makes it seem like a diary, a song diary. That’s what I try to do. I try to create this way of getting to know me through my songs so that when fans come to a show or a meet and greet, we already have common ground. But I also love Maroon 5, One Republic and Drake. My favorite band ever is The Beatles.

GL: You've worked with a bunch of celebs already, like R5 and Fifth Harmony, and now you're touring with Cody. What's it like?

Jackson: I'd never seen R5 live before we had our concert, but I was incredibly impressed with their stage presence. It made me reevaluate my own performances and how I put on a show, so I tried to incorporate a little of that into my work. And the Fifth Harmony girls are all like little sisters to me. They're amazing, talented, beautiful women, but they're also just regular girls. Working with Cody has been awesome, too. We toured together last summer in Europe and now we're back, so it's amazing. We love music in the same away, so getting to hang out together backstage is incredible. It's great just being able to have pizza backstage and talk about our lives. I've been really lucky to get all these opportunities.

GL: How does your music fit together with Cody's despite your different styles?

Jackson: Cody and I both connect on the story-telling and the authenticity of our set. We might not be in the same genre, but we have a mutual respect for the song writing and the honesty in performing it. If you put your life and your love into your music, then we'll all get along. And Cody's new stuff is super interesting; I love what he's working on.

GL: Is there anyone else you'd love to collaborate with one day?

Jackson: I would love to work with Sia. She takes music to a really artistic level that I think no one has done before. And her videos are obviously incredible.

GL: What sort of project would you want to do with Sia?

Jackson: Whatever she asks. If Sia told me to put a wig on and dance on stage, I’d do it. She's a genius.

What do you think about Jackson's new music? Are you excited that he and Cody are touring together again? Let us know in the comments below.