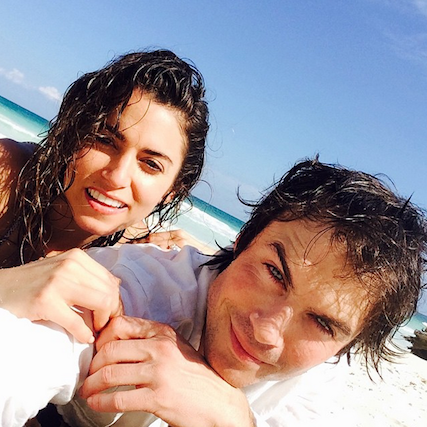 Ah, another week, another round-up of the craziest and most exciting things celebs news. We still can’t get over some of the wild stories that came out of La La Land and we’re sure you won’t be able to, either. From secret weddings to broken love triangles, this week had it all.

It’s no secret that Nikki Reed and Ian Somerhalder have been seriously in love ever since they became an official couple in July. The two have always been quiet about their relationship, but after we heard the engagement news back in January we were on the lookout for any wedding plans. It seems like this couple might've sneakier than we thought, though, with a secret wedding ceremony. Paparazzi pics revealed Nikki wearing all white and sharing a kiss with her now-husband in Malibu on April 26th. That same morning, Ian even tweeted that it was the “most beautiful morning ever.” If that doesn’t make your heart melt, this definitely will: instead of asking for gifts, the couple encouraged their guests to donate to their animal rescue charity. How sweet is that?

After rumors broke last week that hinted at a split from boyfriend Patrick Schwarzenegger, Miley Cyrus might now be checking out her ex-fiancé Liam Hemsworth. Although the pair split in 2013 before they had the chance to say "I do," they been in and out of contact with each other over the years and still check in to see how things are going. Sources are saying that this friendly back and forth has graduated to full on hang-outs in LA—and maybe even a dinner date or two. Does this mean that Liley could potentially make a huge comeback? Sources are saying it's a definite possibility that these two might make all of our The Last Song dreams come true.

It’s been over a month since Zayn suddenly left One Direction, and we’re still trying get over it. Yesterday, all of our sad emotions came back in full force when we realized that Zayn made his split from the band Twitter-official by changing his handle and bio. Ever since he first got his start on The X-Factor, his Twitter name was @ZaynMalik1D with a link to One Direction’s website. Now, not only is there no link, but there's no 1D. That's right, meet @ZaynMalik. There is good news, though, is that our favorite Bradford Bad Boy might be open to a career in film one day, with Bend It Like Beckham director Gurinder Chadha hoping to work with him down the line. Can you imagine Zayn's gorgeous face on an enormous screen? Swoon.

No, we’re not talking about Taylor Swift or her new music video (which, BTW, we can't wait for). Today, we’re talking about the awkwardness that is happening between Camila Cabello, Austin Mahone and Becky G. After weeks of whispers, Austin and Becky have officially confirmed their relationship, and though we're so happy for the couple, we can't help but side-eye what Austin said. “Yeah, you could say we’re dating. We’re dating. It’s crazy, I never had, like, a real relationship before, so it’s pretty crazy,” Austin shared in a recent interview—which says what about his relationship with Camila? The singer took to Twitter to express her feelings about Austin’s comments, swearing and writing, "Good to know." Yikes. Although we love Becky and Austin together, we hope that there isn’t any bad blood between the couple and Camila. 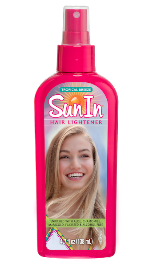