Which stars took the Pitch Perfect 2 themed a cappella challenge? 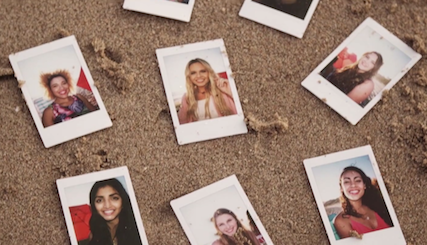 After CoverGirl issued a new Pitch Perfect 2 themed challenge, daring celebs to rock their favorite make-up look and cover a song to match, three stars accepted. Picking between rocker, rebellious and romantic aesthetics, Bea Miller, Alli Simpson and Mahogany Lox nabbed a pallette and tune to make their own.

Bea paired her own rock-and-roll persona with a make-up look to match, jamming out with a bold red lip while performing Nick Jonas's hit "Chains." Alli kept it sweet and simple with romantic light lips and long lashes for a day at the beach, and showed off her voice to Selena Gomez and Zedd's "I Want You To Know." Mahogany kicked it up a notch with bright colors to bring out her rebellious side while she sang Tori Kelly's "Nobody Love."

Watch all the awesome performances and steal these gorg beauty looks below.

Whose cover is your favorite? Which makeup look do you like best? Tell us in the comments.