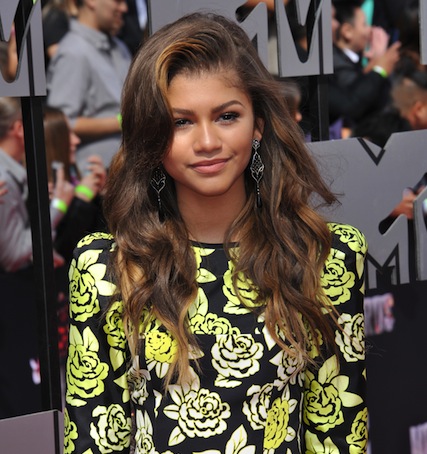 We’ll be the first ones to admit that this week totally flew by. How is it already Friday? From surprise break-ups, exciting renewals and surprising reveals, our fave celebs have had a lot to share. Read on to get the 4-1-1 on the biggest OMG moments of the week.

When we found out that Cody Simpson and Gig Hadid called it quits for the second time around, we couldn’t believe our ears. They were set up to be the hottest couple of the summer and we thought that they would last forever—or at least for a couple of years. Not only were the two super supportive of each other’s careers, but they were also BFFs with one another’s families (Alli Simpson has even called Gigi her "big sissy"). We’re going to miss seeing their adorable Instagram snaps, but we’re hoping that, like last time, they’ll be back together before we know it.

Zendaya fans, rejoice: Disney's newest hit show K.C. Undercover just got renewed for a second season. Although Z has been crazy busy with all of her red carpet appearances and hosting gigs, we know that K.C. is her number one priority. After all, she isn't just the star, she's also a co-producer, and they've got a huge episode coming up. In two weeks, K.C. Undercover is kicking off a special weekend-long event called "Double Crossed," which starts with an hour-long episode on Friday, May 29th at 8:00 P.M. and continues on Saturday and Sunday. With special guest star Ross Butler—and double the Zendaya—this ep is one for the books.

A few weeks ago, we found out that Nina Dobrev would be leaving The Vampire Diaries at the end of the season, but it still wasn't enough time for us to emotionally prepare ourselves. We’ll be honest when we say that we were nervous about how it would all end, and how Elena would be written out, but we are so happy with how the show decided to say goodbye to our favorite character. We love the fact that, though it's an emotional twist for Damon, it ends with the hope that, someday, the two will be able to be together again. Although the show will be a little weird without Nina and Elena, we’re excited to see what’s in store.

Squeel!!! After months of waiting and waiting (and waiting some more), Little Mix is finally back in action and announced that they have a brand new single coming our way. Not only is the cover art for the single "Black Magic" super cute, it also means that new album we've been waiting for will hopefully be here soon. The song is set to release on the radio on May 26th, so of course we've already marked it in our calendars. Though we never stopped jamming to Little Mix, we're definitely ready for some new tunes.