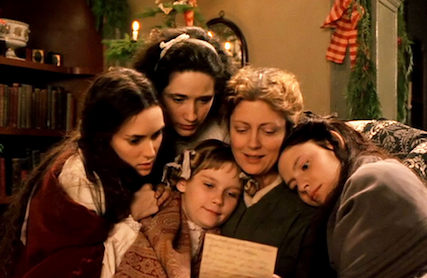 Louisa May Alcott’s classic novel Little Women has found its way onto film, television, and stage for almost a decade. The 1868 classic, which tells the story of sisters Jo, Meg, Beth and Amy March as they maneuver their way from childhood to adulthood, is being retold one more time – but with a bit of a twist. The CW has announced that they are currently developing Little Women into a dystopic modern television series.

We don’t know much about what the March sisters are up against in this new series, but we do know the girls will find themselves in Philadelphia where they must work together – without killing one another – to find the truth behind a major conspiracy.

We’re imaging a mashup between the original Little Women, the crazy dystopian fighting of The Hunger Games and the mystery of Pretty Little Liars. And until the CW decides to feed us a little more info on the plot, we’ll be busy dreaming up our dream cast, too.

Would you watch a dystopian verison of Little Women? What other classic books do you want to see get a new twist?

POSTED IN television, The CW