Guess who's coming to The Voice? 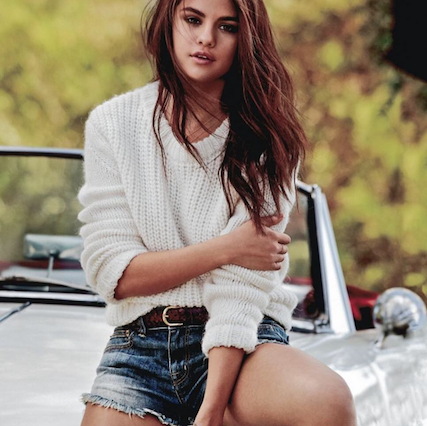 NBC's reality competition show The Voice has been home to a whole host of celebrity judges and mentors, but now they can add one more special star to their roster: Selena Gomez.

Following in the steps of her BFF Taylor Swift, who served as a mentor to competitors in seasons four and seven, Selena is taking on the role of mentor in season nine. According to US Weekly, she's working as part of Gwen Stefani's team, and she's already totally rocking it.

Though some of the crew were surprised at how well Selena picked up the job considering she's only twenty-three, we think it makes total sense. Selena's been in the business for years, now, and got her own start pretty young. Between acting, singing and dancing, Selena's tried it all and has learned a million lessons along the way—it figures that she's great at giving out advice, too.

Are you excited to see Selena take up a role on The Voice? Are you planning on tuning in to the newest season starting September 21st?