Check out this weekend's newest music 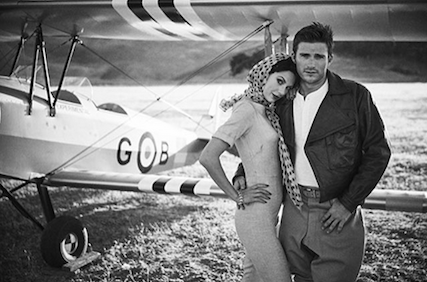 This weekend was huge in the music biz, and not just because the VMAS were last night. From Friday to yesterday, your favorite singers were at it again sharing their best and coolest new release.

So what do dancers, tigers, skateboards, and twitter have in common? Check it out here.

Okay, this girl just might be the queen of music videos. I mean, did you see her new video for "Wildest Dreams"? It's basically a short film where brunette Taylor Swift is in love with her super cute costar (Scott Eastwood)—but is any of their on-screen love real? With a video filled with amazing scenery, gorgeous outfits and, yes, giraffes, you’ll be howling for more. And Taylor Swift proves her true style by giving all proceeds from the video to wild animal conservation efforts. Seriously, that girl is perfect.

We love Demi’s confidence. There was a time in her life that she struggled a lot with self-image, and that she's built up her own self-esteem and strength over the years is no small feat. So when she was picking the title for her new album, the answer was pretty obvious: Confident! Planning to be released October 16th (we’re counting down the days), the album sounds like it has some seriously cool tracks. To introduce each song, Demi employed some of her friends, including Hailee Steinfeld, Christina Perri, Kim Kardashian and Nick Jonas, to tweet each song title (look forward to tracks like "Lionheart" and "Kingdom Come" featuring Iggy Azalea). If the new album is as half as cool as the way it was introduced, we can’t wait.

We are loving Skylar’s new music video for her song “That’s What’s Up.” It has got pretty much everything you could ever wish for: super amazing dancers, a live band, pillow fighting, more cute outfits, balloons, partying and of course an amazing (and super-catchy) track. If watching this doesn’t put you in a good mood, then we don’t know what will. Well, we've got an idea: it just might be Skylar's even newer track "Bring Me To Life" out on iTunes now.

This singer's been through some serious controversy, but with his newest hit "What Do You Mean," Justin's setting himself up for a major comeback. Mellow with a nice beat, this track is bound to be the next big hit, and it's already got stars talking. If Lucy Hale is ready to be a Belieber again, then we think we might be, too.

What's your favorite music news from the last few days? Are there any upcoming songs, albums or music videos you're looking forward to?