Exclusive: We've got your first behind-the-scenes look at "Written in the Stars" 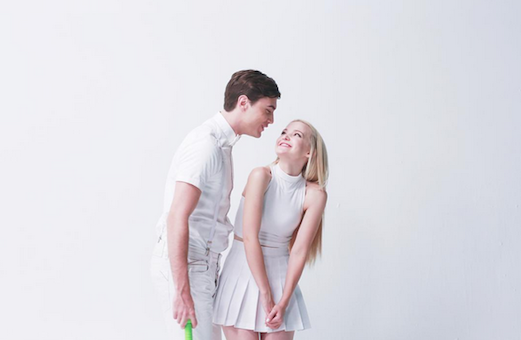 When we told you in our August/September issue that GL cover girl Dove Cameron was starting a band with her boyfriend Ryan McCartan, we thought we were ready. It turns out, we were totally wrong because The Girl and the Dreamcatcher (aka Rove's new name) is so much better than we could've ever hoped for.

They released their very first music video for their debut song "Written in the Stars" just one week ago, and can we just say that it's totally awesome? Now, Radio Disney is giving us a glimpse behind the scenes, but we've got your first look here.

Check out this exclusive video from Dove and Ryan's set before it goes live on Radio Disney's channel later today.

What's your favorite part of Dove and Ryan's vid—and all their behind-the-scenes silliness? Are you loving The Girl and the Dreamcatcher? Tell us in the comments.

Photo and videos credit: The Girl and the Dreamcatcher, Radio Disney