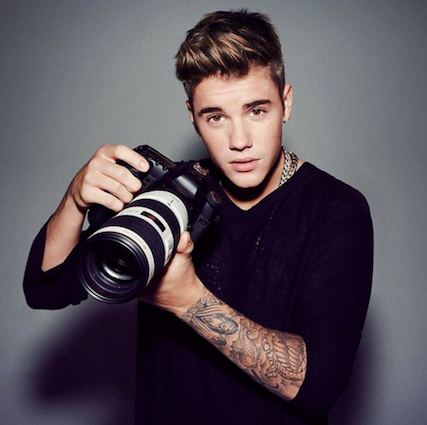 There's no denying that Justin Bieber has been through some—ahem—tough times over the past few years, but recently he's been hard at work on his comeback album, and now it's almost here. We've already heard "I'm Sorry" and "I'll Show You," plus of course "What Do You Mean?" but JB's got one more song to share before Purpose goes on sale tomorrow.

Featured this past Monday on Zane Lowe's Beats 1 radio show, Biebs teamed up with Ed Sheeran to premiere the new duet they wrote together, "Love Yourself." A breakup song about betrayal and moving on, the song is super catchy—and pretty sassy, too. With a lyric like, "My mama don't like you, and she likes everyone," how could it not be?

Justin and Ed's voices blend together perfectly on the chorus to make a super unique sound, and we can't stop listening. Hear it for yourself.

In other good news, Biebs has also announced his next project: the Purpose Tour which begins on March 9th. Judging by what we've already heard of his new music, this is a tour you won't want to miss.

What do you think of JB's new music? Are you still a Belieber?