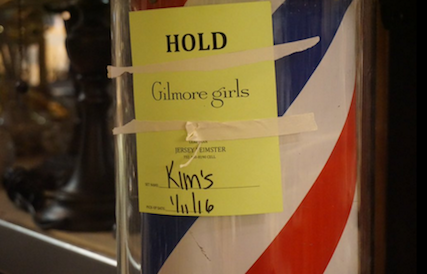 There are still a few months left until our favorite on-screen mother-daughter duo—and all their family and friends—return to our lives, but as we get closer we're starting to get more and more ideas about what the new Gilmore Girls series will entail.

Though we know the revival will be more Netflix mini-series than either TV show or movie, the cast has been pretty quiet so far about any developments. Lucky for us, the crew has been a little more willing to share.

Twitter user Clara, aka caddyglass, took a tour of the studio lot and gave us our first glimpse at the revival set, full of repainting, restocking and so much more hard-work going into recreating Stars Hollow before it's finished and unveiled. Check out the pictures below to peek at Miss Patty's dance studio, Kim's Antique's and other familiar props.

The mini-series will be produced and directed by the original Gilmore Girls creator, Amy Sherman-Palladino, and will feature returning actors Lauren Graham (Lorelai), Alexis Bledel (Rory), Kelly Bishop (Emily) and Scott Patterson (Luke) amongst others. While the official start date hasn't yet been announced, filming and production has begun.

We're more excited than we've ever been—and we can't wait to see Rory and Lorelai back on our screens.

Are you psyched to get more Girlmore Girls? What are you most excited for?

Who's the funniest YouTuber?

We have your perfect spring break read right here! 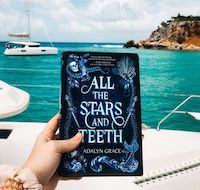 If you love fantasy, mermaids and flawed-yet-fierce female leads, you're going to devour Chloe's March pick. Click HERE for the deets, Chloe's commentary and so much more!