Amandla Stenberg just came out and we're *so* proud of her 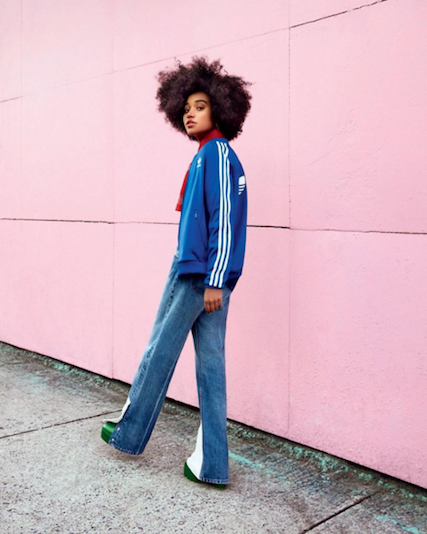 We first met Amandla Stenberg as the 13-year-old actress behind Rue, Katniss's friend and ally in the very first Hunger Games movie. Almost four years later, Amandla has grown into her own to become the fierce, kick butt teen activist that we know and love today.

With a passion for fighting for feminism and against racism, Amandla has truly found her voice, but over the weekend, she had a different message about acceptance and representation that she wanted to share.

When she took over TeenVogue's Snapchat story on Friday, Amandla shared that she's bisexual in an awesome effort to be her best, most honest self and to accept exactly who she is without trying to fit into anyone else's mold.

"It's a really hard thing to be silenced, and it's deeply bruising to fight against your identity and just mold yourself into shapes that you shouldn't be in," Amandla said. "As someone who identifies as a black bisexual woman, I've been through it, and it hurts and it's awkward and it's uncomfortable. But then I realized: Because of Solange and Ava Duvernay and Willow and all the black girls watching this right now, there's absolutely nothing but change. We cannot be suppressed. We are meant to express our joy and our love and our tears, to be big and bold and definitely not easy to swallow. I definitely believe in the concept of rebellion through selfhood, and rebellion through embracing your true identity, no matter what you're being told."

Watch the full video she shared on her personal Tumblr here.

We're so glad that Amandla has learned how to be comfortable and confident being herself—and that she's ready to share that self to inspire all the teens and young girls who look up to her.

Are you inspired by Amandla's message? How are you learning to be yourself this year?