One Direction might be breaking up and we're already in tears 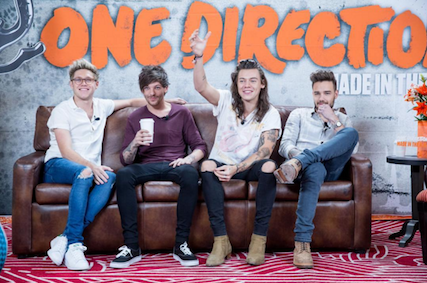 When news broke back in August about One Direction taking an extended hiatus as a band so that all of the boys could work on their individual projects, there were a lot of whispers that 1D might be done for good. After all, that's what "extended hiatus" typically means in the music world. But Liam, Louis, Niall and Harry took the time to assuage our fears and promise that they'd definitely be back. Now, we're hearing that might not be the case.

According to Us Weekly, that extended hiatus might be more of a permanent break after all. A source close to the band told the mag that 1D decided "not to renew their recording contract" after their most recent tour and album. "The 1D thing just ran its course. They’ll remain friends, but they are exhausted and want solo careers," the source spilled.

Though we haven't heard any word from the band yet—none of the boys have shared any news on their Twitter accounts or the group pages—we're worried that there might be some truth to this rumor. We won't confirm it until the boys do, but until then, we'll be biting our nails and keeping some tissues on standby.

What do you think, GL girls? Do you believe the rumors, or do you think 1D is here to stay?