Taylor Swift's app is coming soon to a phone near you 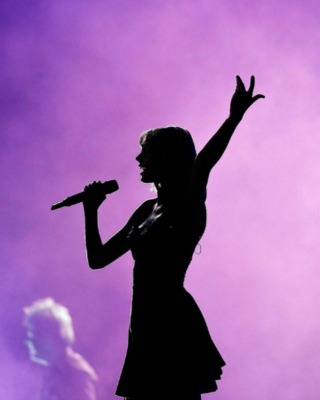 Good news for all you Swifties out there: Taylor Swift is coming out with her own mobile game app in late 2016.

Earlier this year, Taylor announced that following her 1989 World Tour she would be taking a break from music. Following the news, Swifties all over the world began to wonder what life without Queen Tay was going to be like. Thankfully, it looks like we won’t have to find out. Should you find yourself missing Taylor, all you’ll have to do is download her app.

Tay paired up with smartphone game maker, Glu, to create a virtual world that is obsessed with all things Swift. ICYMI, Glu is the same company that created the Kim Kardashian game app, Kim Kardashian: Hollywood. The company’s signature cartoony animation style has taken over the celebrity world with the creation of games featuring Kylie and Kendall Jenner, Britney Spears and Katy Perry.

Unfortunately, Glu has not released any details other than announcing the game’s future existence. We can only hope to see some of Taylor’s signature favs—the #girlsquad, Calvin Harris, or maybe her cats?

What do you think of the Taylor Swift game news? What do you hope to see in the game? Let us know in the comments!