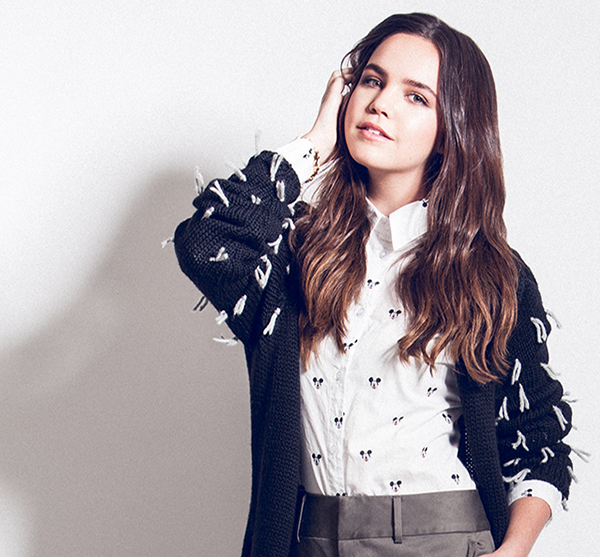 We caught up with 16-year-old Bailee Madison in our December/January issue, but with NYFW in full-stride, we knew we had to chat with this fashionista again. Bailee has always been at the top of our list of celebrity style icons and now she’s making her mark on New York Fashion Week for the first time, mingling with some of the industry’s top designers. If that isn’t cool enough, this year she'll also be returning to her role as Grace from Good Witch on April 17, premiering a movie she starred in and produced and adding author to her resume. We caught up with Bailee to talk style, stories and her new social media campaign.

GL: NYFW started last Wednesday. Which designers’ collections are you most excited about? 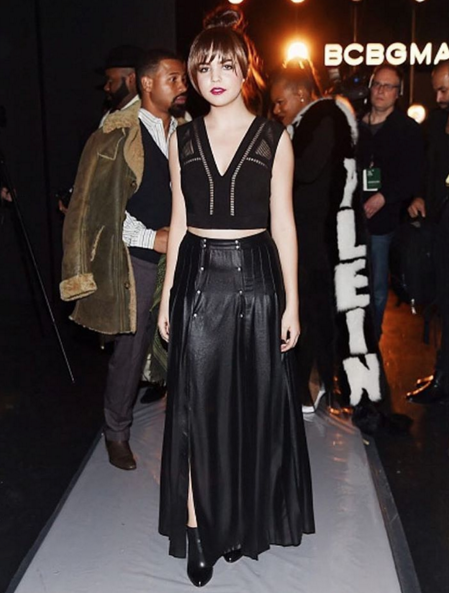 GL: You toured the BCBGeneration headquarters and interviewed the brand’s creative director, Joyce Azria. Did that experience inspire you to think about starting your own fashion line?

Bailee: That’s obviously the big dream. My style is constantly evolving so it would be a mix of different fabrics and fashions. My outfits on red carpets have always been 50s inspired. In everyday life, I can go from a super girly dress to all-black everything. It would be fun to do a line based on teenagers really being teenagers and trying different things.

GL: Say you have a day-off and you’re hanging out with your squad. What’s your go-to outfit?

Bailee: It would be a good pair of jeans, a heel or knee-high boot and then some kind of t-shirt with a cool belt and a leather jacket either slung over my shoulders or me actually wearing it. The alternate would be my sporty look with cool high-waisted black leggings, a fun croppy V-neck or sports bra, a leather jacket again and maybe a choker and sneakers. 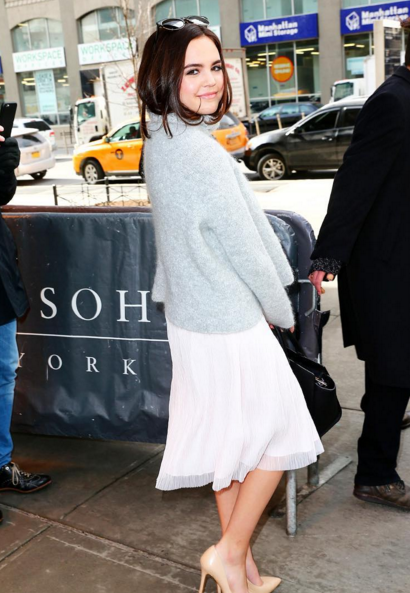 GL: You play Grace on the Hallmark Channel’s original series Good Witch. How does your style compare with Grace’s?

Bailee: Grace is more structured and put-together whereas I’m more edgy and always trying different things. It’s a joke on set that I’ll come in wearing a cool knit sweater dress and boots and then the next day I’ll be in sweats and a T-shirt. Grace knows what she likes – the whole jeans, a little bootie, a blouse and a blazer thing. It’s fun to establish a character that’s different from me!

GL: Season two is coming up in April. What can fans expect to see?

Bailee: Grace is incredibly different from the first season. She still holds her vulnerability, kindness and love for her family, but she’s figuring out who she wants to be and how to deal with situations much like I am every day. Season two is going to bring a lot of relatable situations.

GL: You worked on an awesome project last year—Annabelle Hooper and the Ghosts of Nantucket—where you got to star in and produce a movie. What’s it like making the jump from actress to producer and getting to do both?

Bailee: For a really long time, I’ve been producing in my own head without being an official producer. The Annabelle Hooper team was so kind to mentor me and they let me actually get down and dirty. My job didn’t end when I wrapped as Annabelle. Even when I would be in a scene, I would be an actress, and then the moment they would yell “Cut!” I would run over and make last-minute script changes. If I could do it for every project, I would! 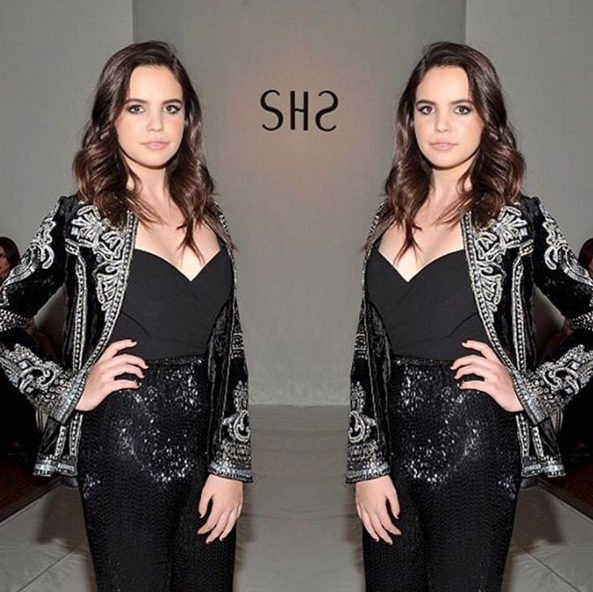 GL: In addition to being a fashionista, actress and now producer, you’re also a philanthropist. Tell us about your new social media campaign, “I’m More Than A Word.”

Bailee: “I’m More Than A Word” was started after I realized that I had been a victim of one of the labels that you hear as a teenager. So, I opened my first Tumblr and called it “Label: Something you put on clothes. Not on people.” I challenged my readers to write down any negative words that they’ve been called, hold it on a piece of paper to the camera and rip it up because that’s paper, and those are words, and you can rip that up but you can’t rip out our value as human beings. I was hoping just to touch one heart and I’m humbled and still overwhelmed by the response that I got.

Bailee: I’m co-writing my first book which I’m really stoked about. There’s also going to be a book series for Annabelle Hooper and the Ghosts of Nantucket so we’re working on those books now. And I'm kind of learning how to say “no” at the moment! I’m looking for what my next thing is. I really want it to push me and be something completely different.

Have you been following NYFW? If you were designing a clothing line, what would it look like? 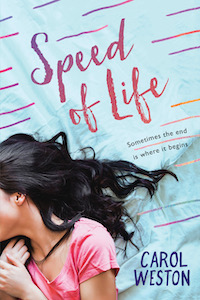 When everything hurts, can there be a new beginning? Sourcebooks, $10
[Enter to win here!]