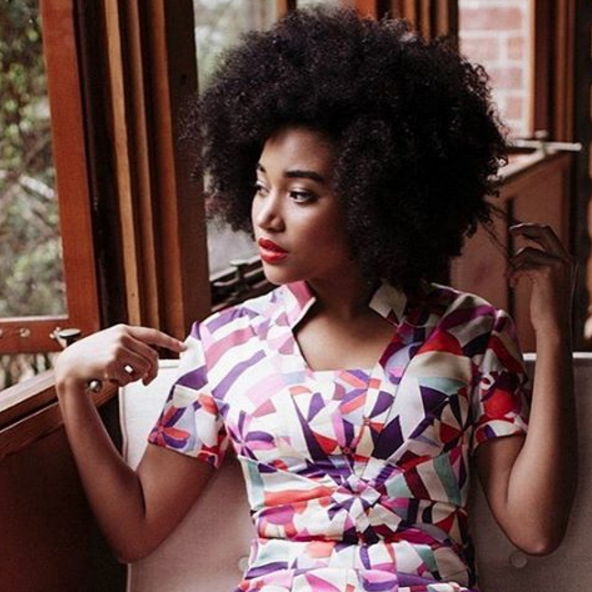 Hunger Games actress and activist Amandla Stenberg has always spoken out when comes to things like cultural appropriation and oppression, but now she's returning to her roots and taking her voice back to the screen.

According to The Hollywood Reporter, Amandla will be starring in the upcoming film The Hate U Give, a movie adapted from the young adult fiction title of the same name. Inspired by the Black Lives Matter movement, the flick will be written by novel's author Angela Thomas, who started writing the book during her time at Belhaven University in 2011, and directed by George Tillman Jr.

"I am so excited to announce that I will be starring in The Hate U Give," Amandla shared on Instagram. With her stepping into the role of main character Starr, the story follows the 16-year-old who grows up in a poor neighborhood but gets the chance to attend a private prep school in suburbia. Just as Starr is settling in, she witnesses a police office shoot her unarmed friend—and all of a sudden things get really messy really quickly.

This story is fictional—but it's pretty similar to ones we've heard in real life. No word yet on when it'll debut, but we'll be keeping our ears open.

What do you think of The Hate U Give? Will you check out the flick when it comes out?