1D's Niall has been dealing with some serious haters 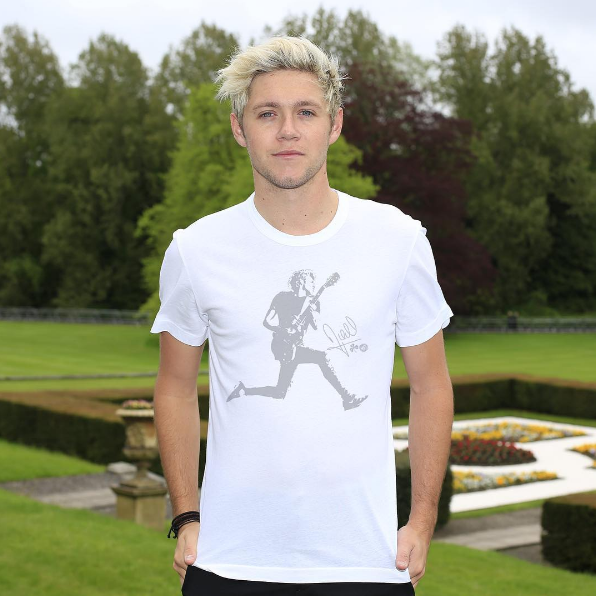 Even though the One Direction boys haven’t been working together in a few months, that doesn’t mean that fans don’t still try to get a hold of the boys. Niall, Harry, Louis, and Liam have been photographed with many fans during their time off. However, some aren’t just there to take a picture.

Niall Horan has been receiving nasty messages on his personal cell phone from multiple fans, harassing him with rude comments targeted towards him, his family and his friends. Are they going to get away with this? No way! Directioners everywhere have been looking up the accounts of these girls and have been reporting and blocking them. Niall even took to his Twitter last Thursday to share what has been happening. 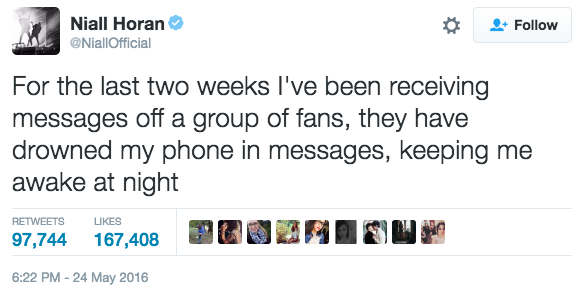 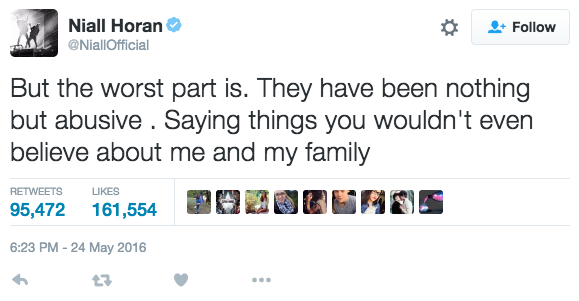 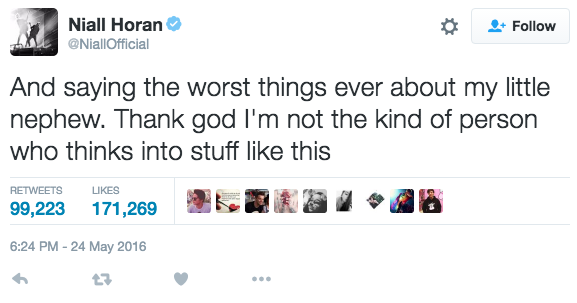 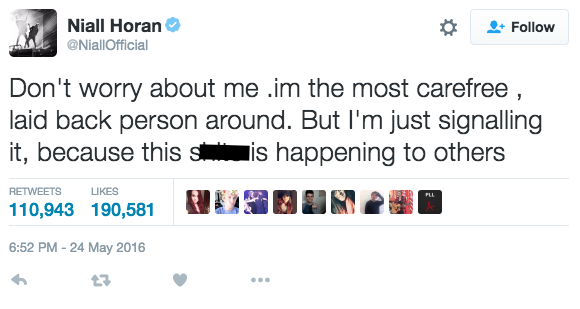 We all know that 1D fans love the boys more than anything. Luckily, Niall lovers all over have gone out of their way to show their support, including tweeting with the hashtag #RespectNiall.

While on break, Niall has been working in support of The Kate and Justin Rose Foundation and Irish Autism Action, including designing a limited edition charity t-shirt in order to support (you can order one here). He's also worked with #W4Water to help support the 633 million people living without clean water.

We're glad that Niall is able to let all these criticisms and harsh words roll off his back—and that he's putting his energies to better use instead.

How do you stop others' mean words from getting to you?