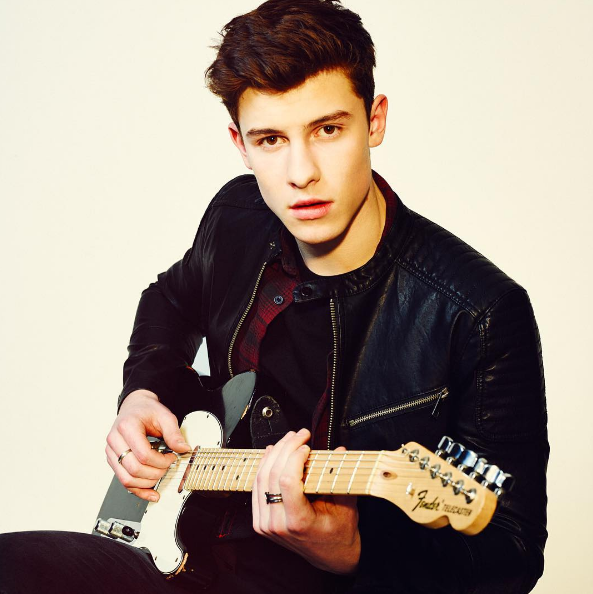 This week has been all about new movies, new music and maybe even some celeb slip ups? Check out whats been going on in Hollywood this week.

Is it too late to say Sorry?

Justin Bieber is being sued for allegedly stealing the opening riff of the indie band White Hinterland’s song "Ring the Bell." The lead singer, Casey Dienel, posted on the White Hinterland’s Facebook page, sharing that she decided to sue one of the world’s biggest artists. She wrote, “The writer, producers, and performers of "Sorry" did not obtain a license for this exploitation of my work, nor did they obtain or seek my permission.” It'll be up to the courts to decide whether the Bieb's song actually infringes on White Hinterlnd's work.

Is Shawn Mendes finally gonna be giving us the music we’ve been waiting for?

Shawn Mendes has been hinting at releasing new music for ages, but we haven’t heard anything yet! Until now. Last wee, during a commercial break for the Billboard Music Awards, a teaser video for Shawn’s new song “Better” debuted. The song starts off with simple guitar melodies, along with the lines “I won’t lie to / I know he’s just not right for you.” The song and video will be released next weekend on June 3, and we can’t wait to hear more. Check out the teaser video here.

Get excited Fifth Harmony fans! Their second album, 7/27, dropped! The album incudes hits such as "Work from Home" ft. Ty Dolla $ign and "All in My Head (Flex)" ft. Fetty Wap. The title not only represents the date that the sophomore album came out, but also the date that the band formed on The X-Factor back in 2012. Fifth Harmony was named Billboard’s Woman in Music’s Group of the Year award last December and also performed on Dancing with the Stars—these busy girls aren’t backing down.

Finding Dory is going to be “Totally Sick”

Can you hardly contain your excitement for Finding Dory, hitting theatres June 17? We can’t! So, we found some clips from the upcoming flick that will make you even more exicted than you were before. We all remember those super cute sea turtles from the original movie Finding Nemo. In this clip, they’re back and ready to help Dory find her parents. Check out Dory's adventure to the aquarium here. And this clip just makes us seriously happy. We can’t wait to tag along for Dory’s journey.