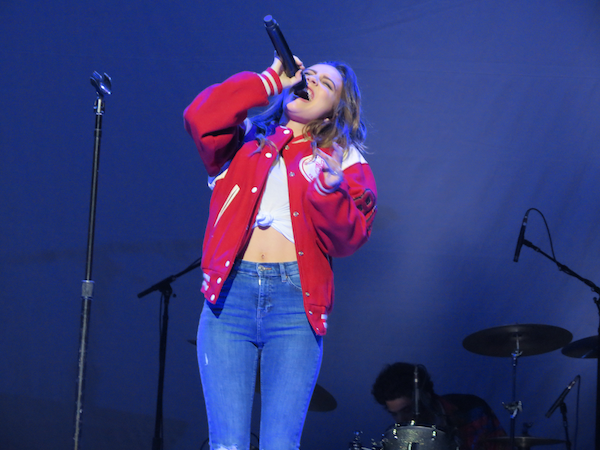 Last year, we chatted with our fave songstress Bea Miller for our October/November 2015 cover story and fell in love with her pop/punk style and beautifully honest music. Since then, she has continued to impress us—and her new single “Yes Girl” is the girl power anthem that we’ve been looking for. After it was announced that she would be joining Selena Gomez on her Revival Tour across the United States and Canada, we knew we had to catch up!

GL met up with Bea before her set at the Toronto tour stop to chat about drinking tea with fans, what’s on her bus and how she remembers to rock her independence.

GL: How has the Revival Tour been treating you so far?

Bea: The tour has been awesome! I was actually a little nervous going out at first because moving from 1,000 seat venues to 15,000 seat venues is a weird transition to make. I was worried that people weren’t going to know me, they weren’t going to sing my songs and it would be so awkward. But a lot of my fans have been coming out and I go on Twitter every night and I see tweets that say, “Wow, I actually really like Bea Miller and I’m going to check out her music now,” which is a huge relief to me! It makes me feel very comfortable and excited to go on stage. 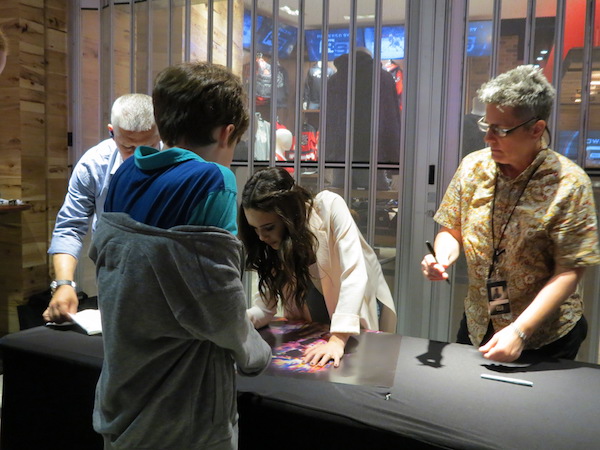 GL: You like to incorporate your fans into your pre-show rituals. Tell us about Tea with Bea.

Bea: Tea with Bea is awesome! We were trying to think of what we could do for an extra meet-and-greet package that was more original and personal and less like what everyone else does. Someone on my management team and someone that’s part of HOST VIP came up with this idea together and they were like, “Tea with Bea! It rhymes, it’s cute and you drink tea before every show.” They called and told me that and I was like, “Oh my gosh, this is the best idea.”

GL: We have to know: What’s your favourite song off Selena’s Revival?

Bea: I love “Hands to Myself” because it’s really cool every time she performs it. I have also written with the girl who wrote that song, Julia Michaels. So, I also really like that song just because I know Julia very well and I think it’s awesome to hear her work with other artists and think about how we’ve written together too.

GL: What are some of your tour must-haves?

Bea: We just did a Walmart run for some microwaveable mac and cheese and lots of snacks. On our bus, every corner, every drawer, everything is full of snacks, even the bunks. Also, I actually forgot at the beginning of the tour, but I always bring my own pillow with me. When I go to the show in Newark, I’m going to go to my house and get my pillow. Obviously tea is an essential, and we’ve been keeping a lot of flowers on the bus this tour. They keep things happy and girly and they’re cute.

GL: You just released your new single “Yes Girl.” What inspired that song?

Bea: I had a lot of people in my life, in the past and even now, that would constantly be telling me what to do and who to be and where to go. It felt like there was always someone who wanted me to do something a certain way and a lot of the times I would just argue and then give up because I almost felt bad about arguing and about wanting to do things the way that I envisioned them. I just really needed to write that song as a reminder to myself when I sing it that I am stronger than that and I don’t have to just say “yes” to people. I can be my own person and I can be strong on my own and it’s OK to stand up for myself.

GL: You’re just 17 years old, the same age as most of your fans, so you’re really able to relate to them. Do you think this separates you as an artist?

Bea: Yeah! I think it is really helpful to be the same age because I am experiencing regular teenage problems at the same time that all my fans are experiencing them. I feel like when I was even a few years younger than I am now, I didn’t have anybody who was my age that wasn’t just singing songs that didn’t really mean anything. I never felt like, “You get my negative emotions as much as my positive emotions and you’re going to help me get through that.” I think it’s cool that I can be that person for someone. That’s the goal. 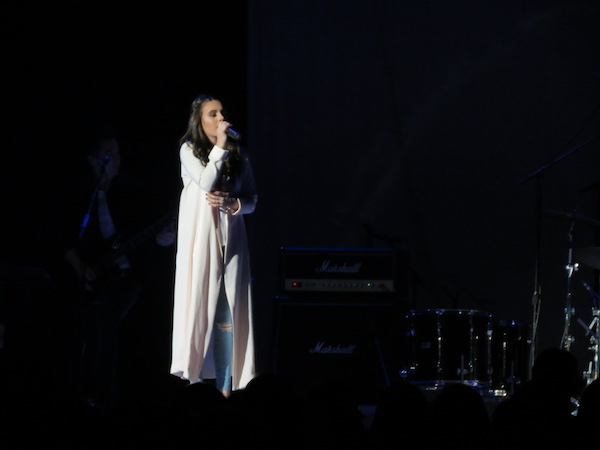 GL: “Yes Girl” is our first taste of your upcoming sophomore album. How has the recording process been coming along?

Bea: All the music is finished being written unless I happen to want to write something and we add it in there. It’s just demo vocals right now that we recorded the day that we wrote them, so I think that’s the main thing that I have to do before we release it. I’m going to try to do that as fast as I can after the tour ends and get the album out soon. I’m very excited about it because I co-wrote every single song on this record, and I’m very excited to really let everyone into my real world.

Are you seeing Bea on Selena's Revival Tour?