Kevin Quinn is getting musical on Friday's BUNK'D *and* IRL! 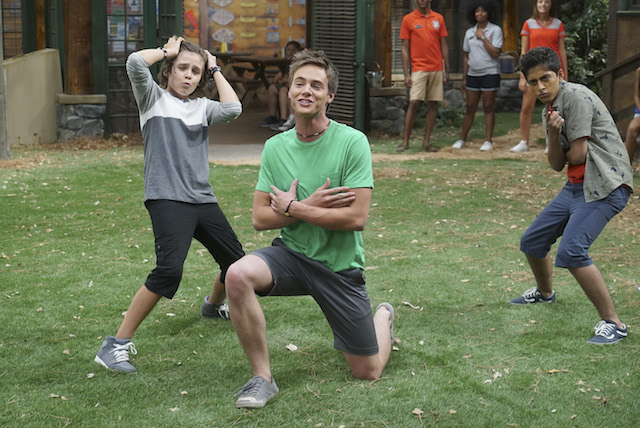 Last week, we gave you an exclusive first look at Emma and Xander's potential coupledom on tomorrow night's BUNK’D. Today, we're giving you even more deets on the ep, "Tidal Wave," *and* details on his solo music career straight from the sweetie himself: Kevin Quinn.

“Tidal Wave” is a two-in-one treat: It's not just a new episode of your fave show, it's also a music video! “Xander kind of screws up. Emma puts her heart on the line for Xander, and Xander basically responds with the classic ‘Thanks!’” Kevin spilled to GL. “So he writes a song for Emma and performs it, and we dive into the music video and end with this awesome moment for Emma and Xander.”

Basically, you've gotta tune in (at 8 p.m., obvs) for a dreamy dose of romantic vibes—and hilarious moves like these from the music video. 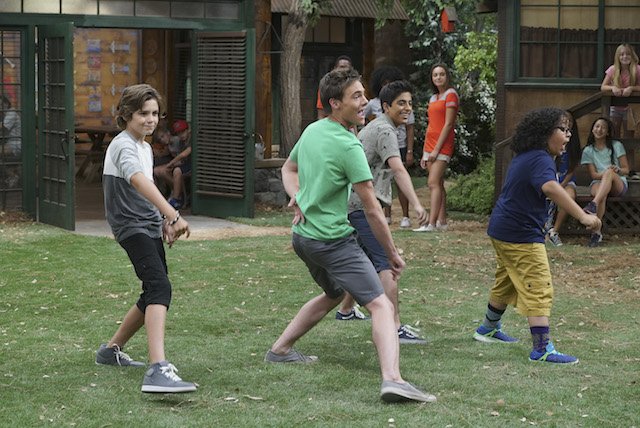 As if we're not hype enough about Emma and Xander maybe-possibly-finally getting together, Kevin revealed another juicy detail to us: He’s planning to drop his debut single soon!

“I’ve been writing for probably the past year now,” he said. “I’ve probably written a total of thirty songs.” The idea of writing thirty songs may seem crazy to you, but he's someone who grew up surrounded by music, so it's super natural for Kevin. His family spent Saturday afternoons listening to his dad’s CD collection (The Beatles, Sting, Bruce Springsteen), and Kev found himself singing around the house constantly.

"I would turn everything into a song," he said. "I was a really loud, obnoxious kid, so it probably helped that I had an outlet, and that outlet happened to be singing." Everyone took notice, and, before he knew it, Kevin was taking his community theatre by storm and teaching himself how to play guitar.

Now, he's taking that talent to the recording studio.

"We’re going to take the best five [songs], and we’ll probably put them into some sort of EP," K shared. "And we actually are going into production on my first single in the next two or three weeks."

But when can we hear it?! Soon...ish—Kev says the song will be released early next year. "It's very truthful...it comes from a truthful place," he says of his sound, which is heavily influenced by Ed Sheeran, John Mayer, John Legend and Bon Iver.

Between tomorrow's episode of BUNK'D and Kev's upcoming single, we are bubbling with excitement!

What are your thoughts on Emma + Xander? Are you excited to hear original music from Kevin? Sound off in the comments below!