The Wizards of Waverly Place cast had the *sweetest* weekend reunion! 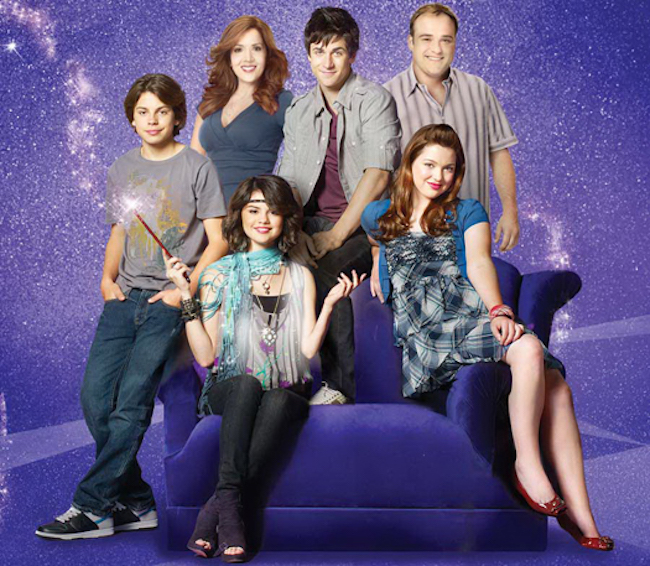 Can you believe it’s been five years since Wizards of Waverly Place ended? Yeah, uh, neither can we!

Since the end of the Disney Channel show, the Russo sibs have done some growing up. Selena Gomez, who played the iconic Alex Russo, is now a worldwide singing and acting sensation. Her onscreen younger bro, Jake T. Austin (Max), starred on The Fosters and was recently a contestant on Dancing with the Stars. Meanwhile, the eldest Russo, David Henrie (Justin), has had roles in Arrested Development, How I Met Your Mother and several movies. The most recent development in David's life, though? He just got married!

David invited the whole Russo gang to his SoCal nuptials over the weekend, and it looks like they had a blast! Jennifer Stone (Alex's BFF, Harper), Maria Canals-Barrera (Theresa), David DeLuise (Jerry), Jake and Sel, were all in attendance at David’s wedding to Maria Cahill. People reported that the TV family, along with Jennifer and Jake's S/O's, even shared a table at the event.

If you had any doubt that our favorite sandwich-selling wizard fam wasn’t still super close, you’ll love this. David tells People that Selena Gomez was "one of the first people I told I was getting married. She was like, 'I’m in. Whenever it is, I’ll be there.'" She was going to perform a song initially, but David says, "as it got closer, I was like 'No, just relax and enjoy the evening.' But it very well might [happen spontaneously]."

Sounds like it was a *magical* day! Check out the pics below.

Was this enough of a Wizards of Waverly Place reunion for you, or do you want more? Do you miss the show? Tell us in the comments!

What lipstick color do you love?