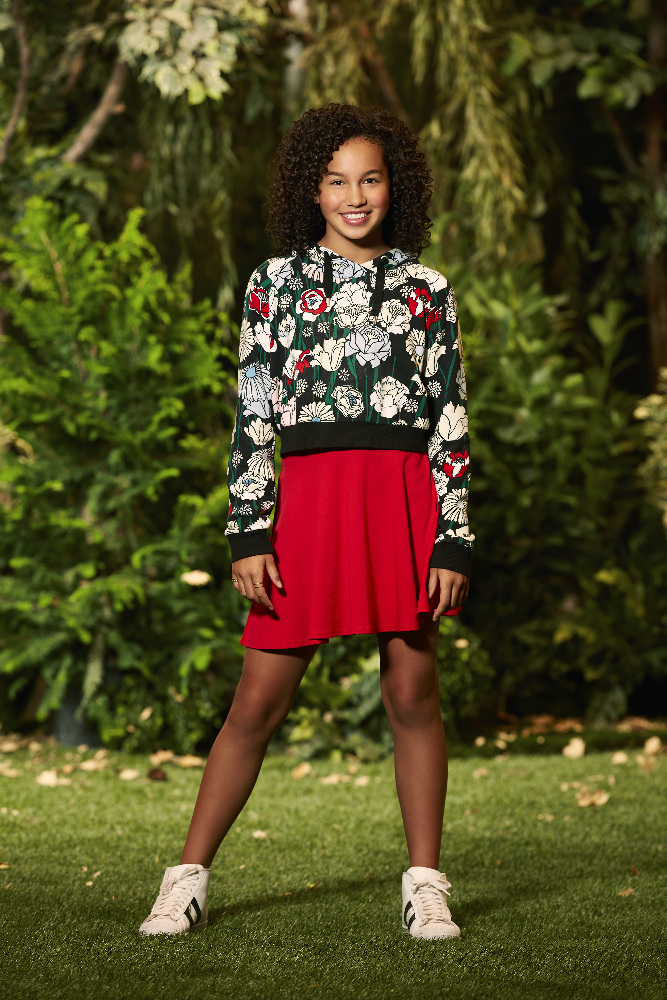 Family drama, your first crush and turning 13 is a lot to handle, but that’s just what the characters on Andi Mack are dealing with on this new Disney Channel show. It’s a whirlwind, but luckily the three best friends at the center of the show—Andi, Buffy and Cyrus—have each other to lean on, both on and offscreen.

Sofia Wylie stars as the fun and spunky Buffy, who were were lucky enough to catch up with in the midst of the amazing first season. Here's everything you *don't* know about this multi-talented actress, dancer and Rubik's Cube pro...

Girls' Life: We are loving Andi Mack! What were you feeling when finally premiered?
Sofia Wylie: I was *so* happy! All of my family was at the viewing party we had, so I was really excited that we were all able to share that. The cast and I were able to have that special moment of seeing our work actually come to life—it was amazing!

GL: Your character Buffy is into track and field. What’s your favorite way to stay fit?
SW: I hopped around a lot of different sports I didn't love when I was younger, but I fell in love with dancing. At one point I actually took a little break from it because I thought, "Oh that was a cool thing to do," but when I got back into it, I was like "Wow, this is something that I can see myself doing for the rest of my life!" So I just stuck with it! 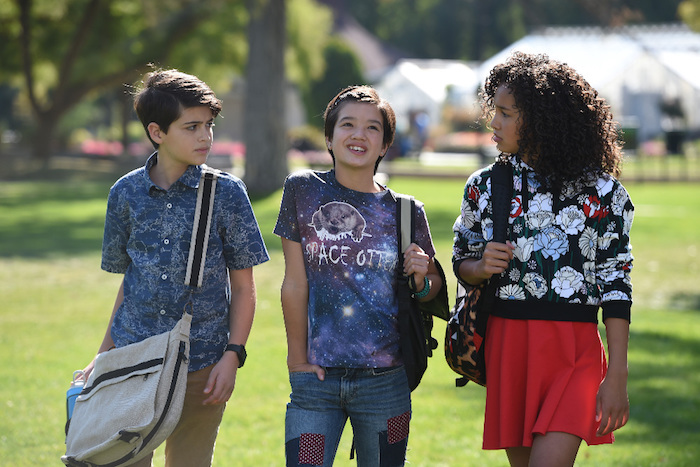 GL: What is your fave memory from set? You and the rest of the cast look like you have so much fun!
SW: We totally do! On set we would do dance battles at any chance we got. Peyton Elizabeth Lee, who plays Andi, is also a dancer, so it would usually be the girls against the boys and we’d be dancing. It was just so much fun, and we all would try to do that in between school and lunch—just any chance we got!

GL: We hear you look up to Zendaya a ton, and even met her recently! What advice did she give you?
SW: Yeah! She gave me and Peyton the advice of just having fun and not letting any drama get between us, and to just have fun with the process of it. That’s another thing I love about our cast. We all don’t feel like this is a job that we’re doing, it’s this fun opportunity that we are all really blessed to have.

GL: What’s one thing that not many people know about you?
SW: I can do the Rubik’s Cube in under four minutes! My dad taught my sister and I to do it, and at first it was super super hard and I got so frustrated. I just wanted to give up, but I just kept practicing, and then it just kind of became muscle memory. My sister and I do competitions to see who can solve it the fastest—it's crazy!

GL: What is your absolute *dream* role?
SW: I know you probably mean a future show that I'd want to do, but Andi Mack *is* my dream show. It’s really exciting being a part of something different and new and I.. I just love it to death, and I am so lucky.

Who's your favorite Andi Mack character? Sound off in the comments below!

POSTED IN Disney, Disney XD, Shake It Up, dance, Zendaya