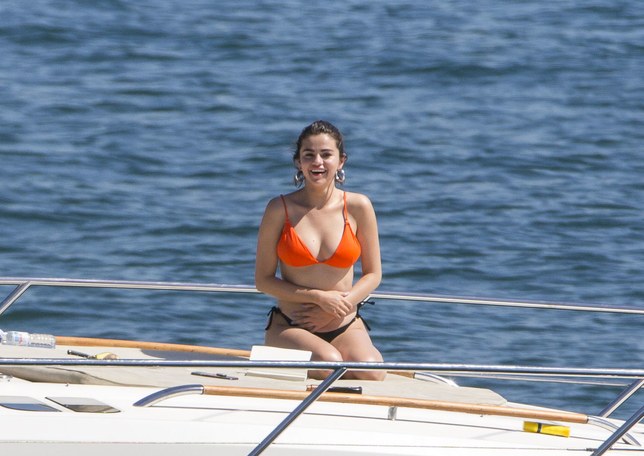 That's just what Sel captioned the vid she posted on Instagram yesterday.

The beauty myth- an obsession with physical perfection that traps modern woman in an endless cycle of hopelessness, self consciousness, and self-hatred as she tries to fulfill society’s impossible definition of flawless beauty. I chose to take care of myself because I want to, not to prove anything to anyone. Wind in her sails. 🌈💜

The caption deals with feeling insecure in one's body (something we can all relate to, amirite?) and came after the paparazzi released photos of her that revealed the scar she received from her kidney transplant surgery last year.

The photos, plus tabloid speculation that she was pregnant or simply gaining weight, would make anyone dwell on insecurities. Her response? Doing her thing and sharing it on Insta.

This caption was a graceful way to shut down any and all haters. Sel knows that all that matters is that she's happy, healthy and having fun goofing off with her friends after her battle with Lupus. Instead of hiding her insecurities, her decision to be open is empowering, and we love that she's promotiong body positivity. You go girl!

How will you embrace your insecurities? Let us know in the comment section below!