THE MAN OF THE HOUR: Michael Phelps 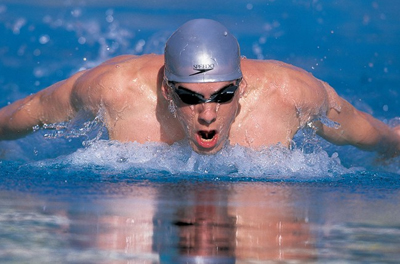 He’s not the usual kind of celebrity we talk about, but I bet anyone here that has seen Olympic coverage has heard about this man. The reigning world champion of swimming, the man who re-wrote the history books, the man of the hour, yes girlies I am talking about Michael Phelps.

The moment Lezak touched the wall my heart jumped. At that moment Michael Phelps would get his eighth gold medal of the Olympics. Why is that so special? It is a record! Michael Phelps not only holds the most career gold medals, but he has won the most gold medals in a single Olympics with a whopping eight, beating out the record Mark Spitz set in 1972.

It all started in Baltimore. Michael Phelps was born on June 30, 1985 to mother Debbie Phelps and father Fred Phelps. He started swimming at the age of seven at the North Baltimore Aquatic Club. His parents divorced when he was 9, and his mother became the primary source of encouragement in his life. Phelps was a funny looking kid, with big ears, a long torso, and very long arms. His classmates constantly made fun of him.

At the age of 11 Bob Bowman, Phelps's current coach, recognized Michael's extraordinary talent and met with Michael's parents to discuss training for the 2000, 2004, and 2008 Olympics. That's where it all started.

Every day, the same rigorous routine, ever since Michael was eleven. This hard work paid off when in 2000, Phelps qualified for the Sydney Olympics at the age of fifteen. He placed fifth in the 200m butterfly.

Michael Phelps kept training with Bowman to get ready for the 2004 Athens Olympics. The next time we saw Phelps, he was ready. Dominating his events, Phelps got an astonishing 6 gold medals and 2 bronze medals. He fell one gold short of matching Mark Spitz's record for the most gold medals in a single Olympics.

His eyes were set for Beijing. He proved himself ready in 2007 in Melbourne at the FINA World Aquatics Championships. He got seven gold medals, set 5 world records, and proved himself to be one of the best swimmers of all times.

Finally the summer of 2008 came. 8 is a lucky number in China. The Opening Ceremonies were held on 8/8/08 at 8 o'clock. Michael Phelps needed eight gold medals.

It was an intense 9 days. Michael Phelps nearly got silver in the 4x100m freestyle relay if not for teammate Jason Lezak, who outswam the French Alain Bernard and got the gold for the U.S. by only .08 seconds. In his signature event, the 200m butterfly, his goggles filled with water, which basically made him swim blind. Still, he set a new world record. The closest race was the 100m butterfly. Michael Phelps was 7th off of the wall when he turned and caught up to the front. Cavic, representing Serbia, seemed to have won it all, gliding into the wall. Michael Phelps took a half stroke into the wall. The whole crowd looked up to the scoreboard to see who won. Michael Phelps had won the gold by .01 second.

All this led up to the 8th day of finals. That 8 really is a lucky number. Michael Phelps got his 8th gold. Standing on the podium with his relay team, Michael Phelps had become a legend. It took 36 years to break Mark Spitz's record. Who knows how long it will take to break this record. Michael Phelps, listening to the national anthem, started to tear up.

This is what the Olympics are all about. This was a historic moment for the sport of swimming, for the Olympics, and for the world. Congratulations Michael, on being a great Olympian.

What do you girls think? Is Michael Phelps the greatest Olympian of all times? Did you watch him swim? Blog about it! 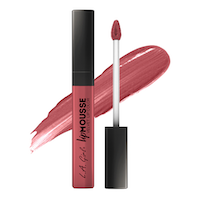