Here's *everything* you need to know about Grace VanderWaal 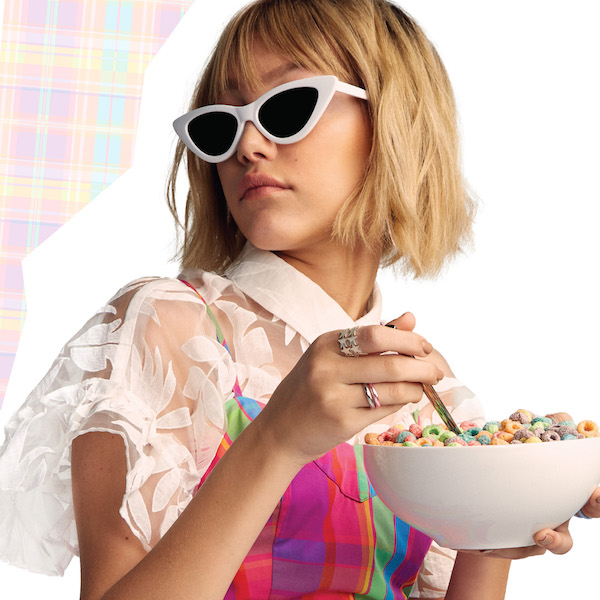 Grace VanderWaal’s world is exactly like you’d expect it: creative and incredibly chaotic—yet surprisingly chill. Before she crisscrosses the States on tour this summer, get a look inside the 14-year-old singer/songwriter’s life RN.

What’s one way to win over Grace VanderWaal in an instant? Ask her about her pet pug, Frankie. “He is so cute it hurts!” she says of the silver pooch, whom she adopted after she won America’s Got Talent in 2016. The two have been inseparable ever since: She takes him on tour, he’s the star of her Instagram feed and she even threw him a birthday bash last year (complete with a bone cake and party hats, natch).

But Grace has done so much more than just bond with her puppy bestie since claiming that top AGT spot two years ago. After releasing her first EP, Perfectly Imperfect, in December 2016, she dropped her first full studio album, Just The Beginning, last November. Her raspy vocals and songwriting prowess landed her on Billboard's 21 Under 21 list last year, and she recently inked a deal with Fender guitars for a signature line of ukuleles. Oh, and she’s signed with IMG Models and starred in a Kate Spade campaign—all before finishing middle school.

It’s safe to assume, like the album says, this is just the beginning for Grace, who just a few years ago was singing at open mic nights at a cafe in upstate New York. Now, with one sold-out national tour under her belt, she’s getting ready to hit the road again in June—this time opening for Imagine Dragons on their Evolve tour. Not bad for someone who’s still a couple of years away from getting her driver’s license. 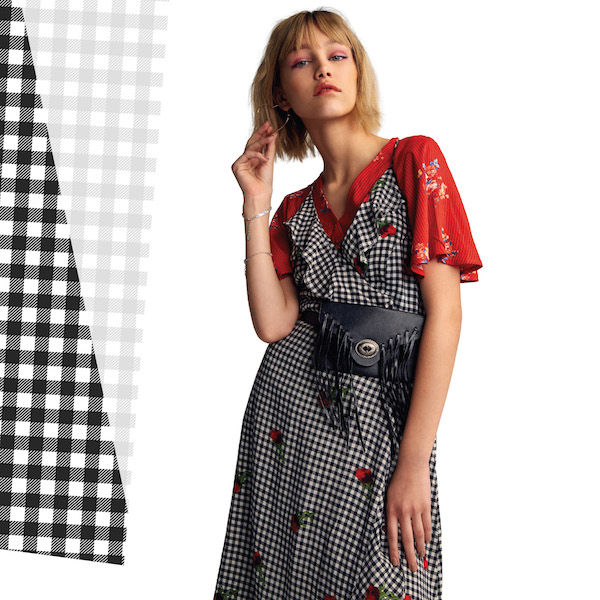 OLD SOUL
Grace may be barely a teen, but her talent tells otherwise. The term “old soul” is often tossed around when describing her—not only because of those wise-beyond-her-years lyrics and her throwback singing style, but also because of the totally together vibe she exudes most of the time.

For example? Grace slays onstage (peep her YouTube for amaze live vids), kills it on photo shoots (the proof is in these pics) and can talk about everything under the sun with an eloquent and honest ease.

That’s not to say Grace is missing out on regular, 14-year-old fun. There’s a down-to-earth side to her that loves sewing, playing Yahtzee with her fam and, of course, snuggling up with Frankie.

“When I go into a serious situation—like for work—then I know there’s a time and a place for everything and I need to get things done,” Grace shares. “But at the end of the day, that’s when I get to be ‘normal’ Grace.” 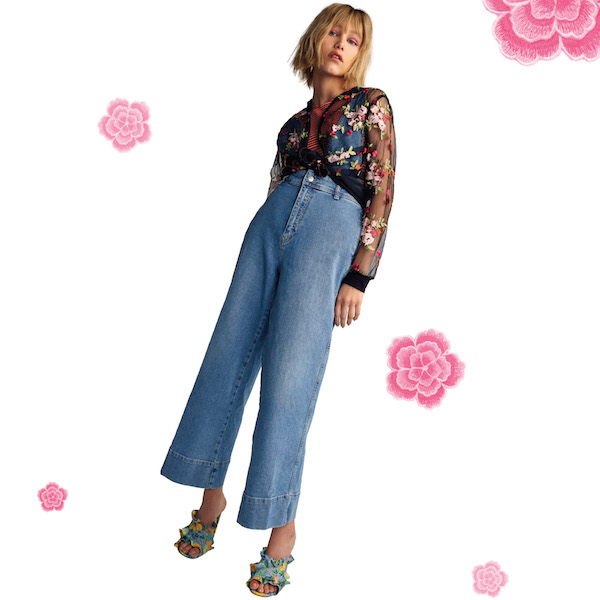 NOW HEAR THIS
Whether she’s wowing music execs or just hanging out at home, Grace has remained uber humble. Sure, she has millions of fans—but she’s quick to point out that she’s yet to hit mega celebrity status. ("Famous is a very weird word," she says. "I feel like that's definitely not me.") Still, she’s well aware that there are tons of teens who idolize her— and watch her every social media move—and she’s using that status for good.

“I really think that now, especially in 2018, it’s just stupid if you have a platform and you’re not using it,” says Grace. “It’s OK to show your hair or your clothes, I do that all the time. But I also think you should use it to shout out a cause you’re really passionate about."

Grace had the chance to work with the Starkey Hearing Foundation this spring, a global organization that provides hearing aids to those who cannot afford them.

She recently traveled with the group to two villages in Kenya, where they gave free hearing care to more than 1,000 people in need. There, Grace experienced the life-changing moment of watching children hear for the first time.

“It was really grounding and eye-opening, especially watching the parents,” she says. “I saw a mother hear her daughter speak for the first time and she was so emotional about it. It was a very beautiful moment.” 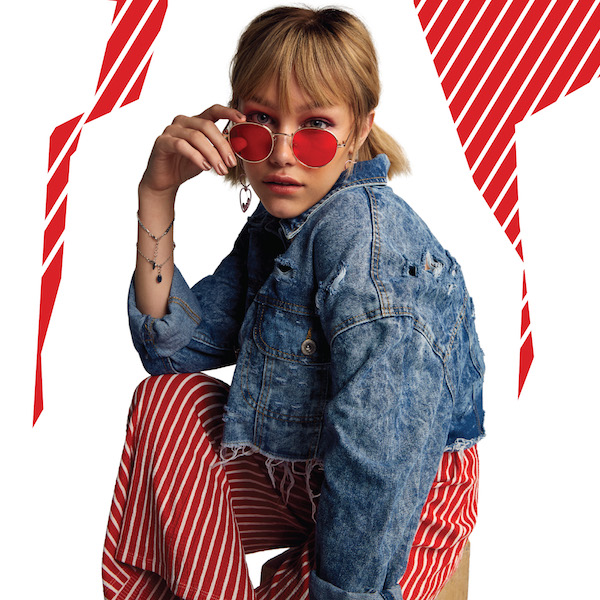 GETTING REAL
While Grace typically uses social media to empower and inspire her followers, she’s well aware of the negative effects scrolling can have—especially when it comes to beauty and self-esteem. After all, she herself has fallen victim to focusing on unrealistic #goals rather than embracing her natural self.

“My Instagram [used to be] full of eyebrow goals, eyelash goals, boyfriend goals, feet goals—everything goals!” Grace explains. “One day, my [older] sister said, ‘You should really unfollow all those accounts—I used to look at and follow all that and it’s just really not good for you,’ and I was like, ‘Jeez, I’ve never thought of it that way.’ It was actually subconsciously in my mind. I was like, ‘You’ve just inspired me!’ so I unfollowed all of them.”

And she’s taken it one step further by posting #nomakeup pics (she even shared an untouched selfie with a pimple in the middle of her forehead) and skipping filters to remind her followers that we are all “beautiful and human.” 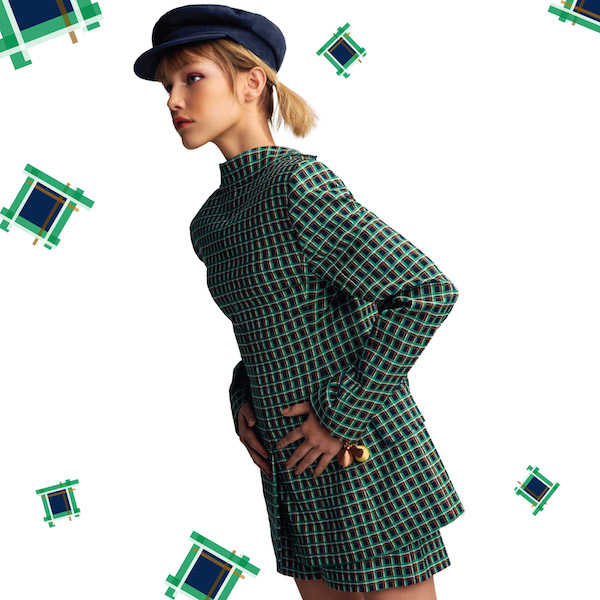 “This was my favorite look from the shoot. I felt so fire in it!”

SO MUCH MORE THAN THIS
This take-charge attitude is kind of Grace’s thing. She employs it in almost every facet of her life—whether it’s something as minor as which accessories she’s wearing in a photo shoot (she was all about the fashion-forward sunnies), or as monumental as opening for Imagine Dragons in some of the biggest venues she’s ever performed in.

“I’m used to the small venues I usually play, but this is going to be stadiums and arenas, which is so cool,” she says, hinting that fans should expect a full set, including hits like “City Song,” her reimagining of a Johnny Nash classic in “Clearly” and her personal favorite, “Moonlight.”

After that? It’s back to being normal Grace, the girl with the cute puppy and blunt bangs and high school looming just around the corner. And, hopefully, lots more songs coming our way.

“I don't think I really know my exact style or my sound yet," she says. "I want my music to evolve to become more me. But I don't know. I think I'm going to keep writing and just see where it goes.” 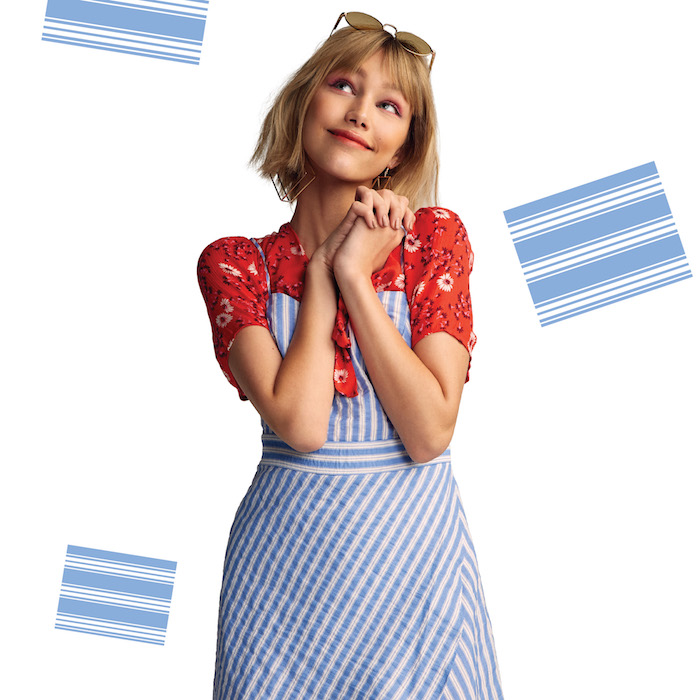 A version of this story appeared in the June/July 2018 issue of Girls' Life magazine.