When Justin Bieber was discovered on YouTube by his now manager Scooter Braun at 13, he had no idea that sudden fame—especially at a young age—would have such immense impact on him as a 25-year-old adult. As it turns out, it has. Bieber took to Instagram on March 10 to call for his fans help in prayer after a sad confession of the current state of his mental health.

Just wanted to keep you guys updated a little bit hopefully what I’m going through will resonate with you guys. Been struggling a lot. Just feeling super disconnected and weird.. I always bounce back so I’m not worried just wanted to reach out and ask for your guys to pray for me. God is faithful and ur prayers really work thanks .. the most human season I’ve ever been in facing my stuff head on..

Naturally, Twitter emerged following the post and, while some shared cruel comments, many came out to support Bieber in his journey to secure more stable mental health and ease his depression.

People joking about @justinbieber speaking out about his mental health are the worst kind of people. #justinbieber

He had smoking addiction, he took a resolution & quit successfully, the same with drug abuse

He had legitimate problems with sex for so long. At 23 he went on over a year long celibacy

He overcame many other hardest things w willpower & faith, justin bieber is THAT strong https://t.co/sxv1Zv42AY

Though he doesn't mention any specific diagnoses, Bieber's admission about his mental health is not unlike the reality of millions of teens and young adults. According to the Anxiety and Depression Association of America, depression is the leading cause of disability for teens as young as 15, following them through the age of 44. Not only that, but VeryWell Mind reports that almost 50 percent of all people with depression have an accompanying anxiety disorder, making it even more difficult to function day-to-day.

These statistics are not only daunting, but also very real. Bieber isn't alone in these depressed feelings, but prayers may not be everyone's cup of tea. Those suffering from depressive disorders should contact a professional for psychological guidance or, in more pressing cases, contact the National Suicide Prevention Hotline at 1-800-273-8255.

This prayer request from Bieber comes shortly after his marriage to Hailey Bieber (previously Bieber). The pair dated on-and-off before tying the knot in 2018, and Bieber admitted to Vogue that the two are actively participating in marriage counseling in the months following their vows.

How do you cope best with your mental health? What are your tricks to self-care? Share with us in the comments below! 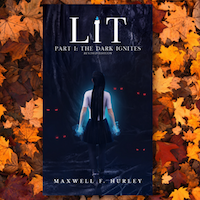