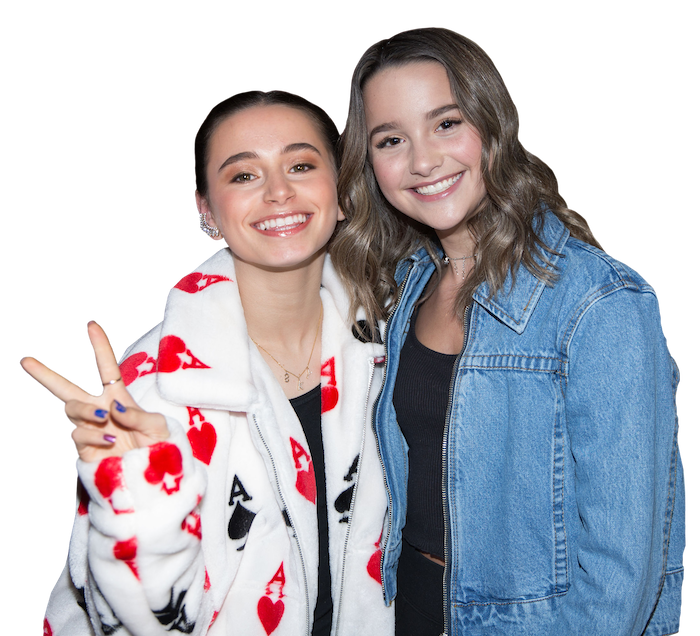 Internet sensation Annie LeBlanc is teaming up with Raven's Home star and up-and-coming rapper Sky Katz to do two live concerts in New York tomorrow, Saturday, June 15. (You can buy tickets here.) The concerts will feature the debut of their empowering new duet single, “Who You Are”. We caught up with Annie and Sky to talk about their friendship, the new song, and what to expect from the performances.

Girls' Life: We love that you two are friends! How (and when) did you two meet?
Annie LeBlanc: I honestly can’t remember the exact time and place I met Sky. It just seems like I’ve always known her, or at least from the moment I moved out to LA. I love her energy and she’s one of the sweetest people I know.

Sky Katz: I don’t really remember when we met either... But what’s cool about it is that we’re genuinely friends. The concerts are going to be fun on so many levels—on a professional level, but also that I’ll be able to spend time with her.

GL: What’s the message behind “Who You Are”? How is it different from the rest of your music?
AL: It’s all about girl power! And I hope that all the girls out there who hear this song know how special they are.  It’s so different than anything I’ve done before and working with Sky was so much fun!

SK: The song we have coming together, it’s basically ‘don’t let others determine who you are’ because obviously you know yourself best. However you feel about yourself, it shouldn’t be influenced by anyone else. You should have faith in yourself and not care what others say.

GL: What can fans expect from the shows?
AK: We’re going to have a little meet and greet-type thing with all the fans before the show. But you'll just have to attend to see what actually happens!

Are you excited to hear “Who You Are”? Let us know in the comments!