How rude! BTS shut out of Grammy nominations 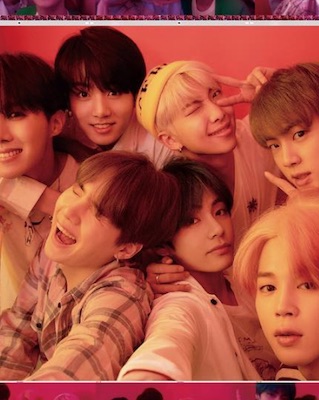 When you think back on the year in music, it's pretty impossible to not think of BTS. Their 2019 EP, Map of the Soul: Persona debuted at #1 on the Billboard 200 and tracks like "Boy With Luv" broke U.S. streaming records.

So, when Grammy nominations were announced this morning, the BTS ARMY and music fans in general were expecting to hear the boys' names at least once. The reality? BTS didn't get any noms at all—and fans and fellow celebs were crushed.

It's especially upsetting because last year, when RM, Suga, J-Hope, Jin, Jungkook, V and Jimin were at the Grammy Awards to present the "Best R&B Album" category, they seemed sweetly hopeful that they'd "be back."

Halsey, who collaborated with BTS on "Boy With Luv", took to Twitter to air her frustrations about BTS' snub, citing that the U.S. is "behind" on fully welcoming the K-pop movement into the mainstream.

We have no doubt that, like Halsey said, BTS' "time will come." So, who *did* get a nod this year? Lizzo leads the pack with eight nominations, including Album of the Year; Billie Eilish and Lil Nas X each scooped up six; Ariana Grande was nominated in five categories; and Taylor Swift is up for two trophies.

Will you watch the Grammy Awards despite BTS' snub? Tell us in the comments!