Get in, losers! Sabrina Carpenter is going to Broadway. The Girl Meets World star and singer announced that she'll be taking on the iconic role of Cady Heron in the Broadway adaptation of Mean Girls.

“I’m so excited,” Sabrina told People. “I’m such a big fan of the musical, the movie, the story in general, [creator] Tina Fey, and all these incredible people involved with the show. … I can’t wait for the rollercoaster!”

“You only get these opportunities so many times in life,” she added. “You get so lucky when you get to create something new that’s never been done before, and you fall in love with it as you’re making it. But coming into this already knowing that I’m such a fan? And saying every one of those iconic lines? I can’t put it into words; it’s just going to be so thrilling. It brings a whole new energy into it for me.”

Sabrina's already been showing her love on Insta:

Sabrina's career took off at a young age when she received a starring role in the Disney Channel series Girl Meets World in 2014. Since then she has starred in several movies like Horns and The Hate U Give. She's also set to star in an upcoming Netflix original movie, Work It, where she'll act alongside two of our other favorites, Liza Koshy and Jordan Fisher.

On the music front, Carpenter released her debut EP "Can't Blame a Girl for Trying" in 2014 and has since released four studio albums. She just released her newest single, "Honeymoon Fades," on Valentine's Day.

Sabrina will play Cady from March 10 to June 7. Live in the NYC area or plan on visiting? Get your tickets here!

Who's your favorite Mean Girls character? Let us know in the comments! 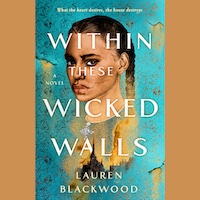