Addison Rae found her new besties in the Vlog Squad and heres what we know...

Tik Tok sensation Addison Rae recently left the Hype House and has been seen spending lots of time hanging out and making TikToks with our favorite vloggers from Youtube: David Dobrik and his Vlog Squad.

Many of us were sad to see Addison leave her TikTok friends at the Hype House, but after seeing how well she gets along with David and his Youtube friends, we're hoping Addison is a permanent Vlog Squad member in David's future vlogs.

THIS TOOK ME 2 HOURS!! hahaha i suck @addisonre @nataliemariduena

The bonding happened over time—like any friendship, nobody becomes best friends immediately. The first TikTok collab we saw was on David's account back in March and nobody thought there would be a repeat (people mostly just thought it was Youtubers collaborating with TikTokers for good content).

Addison's TikTok with David a few weeks later doing the FaceTime quarantine trend was the perfect sign that their bond wasn't a one-time thing.

This TikTok from the Vlog Squad's Zane Hijazi posted got himself a lot of hate comments because of the role he gave Addison—making it seem like she has an official role in their friend group over other current Vlog Squad members who were not featured in the video. "ADDISON RAE IS NOT APART OF THE VLOG SQUAD," says jalynford6 in a comment on Zane's TikTok. "Don't worry, she's still in the audition process," Zane commented back...leaving fans curious if he was joking or not.

The video above from Clevver News sums up all the drama surrounding the assumptions of Addison landing a spot in the Vlog Squad. It also gives juicy information about how she appeared in Jason Nash's vlog for a prank back in March and how she was also in the June 14 episode of David and Jason's podcast called "Views"  to discuss how much money TikTokers make. It seems like this friendship between the Vlog Squad and Addison started before any of us actually thought. We can't wait to see what happens once David drops his first vlog after the long break! 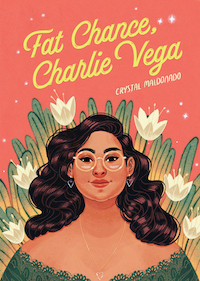