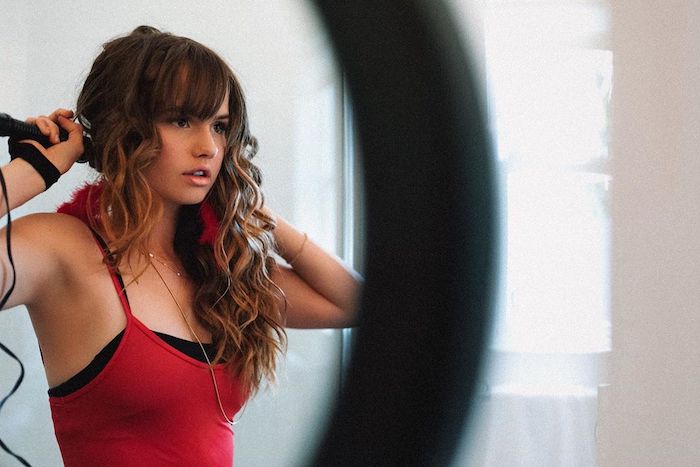 Debby Ryan posted a fun quirky TikTok, which now boasts over 62 million views, showing fans what her most famous characters would wear during Fashion Week. From the *posh* sophistication of Jessie Prescott to the rock chick style of  Tara Adams from Radio Rebel, Debby came with the heat and did not skip a beat!

the president said to make a tiktok... ##whatidwear

We couldn’t get enough of the walk down Disney memory lane, but it was her last outfit change as her character in Radio Rebel, that sent the world in a frenzy due to Debby Ryan poking fun at herself with her universal meme.

the way debby ryan is the first person to acknowledge their own meme and not kill it...her power pic.twitter.com/kehk6oPhg6

The viral meme has been a running punchline on the Twitter platform and we love that Debby was able to have a sense of humor and join in on the fun while taking us down memory lane.

We are *loving* all this rich quarantine content pouring from some of our fave celebs! Did Debby possibly start a new trend? Only time will tell but for now, we’ll enjoy the fashion update from the Disney alum.