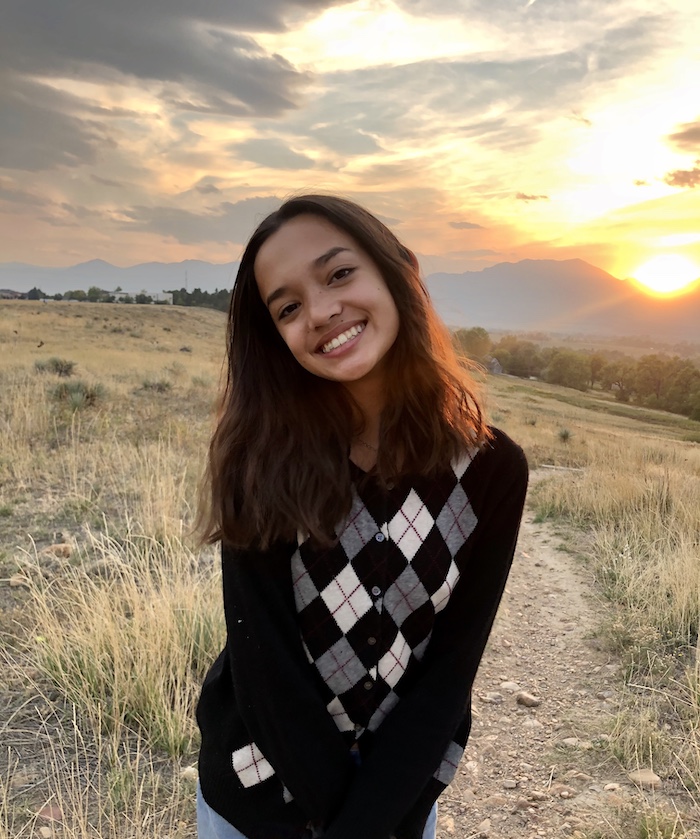 Netflix's new documentary-drama The Social Dilemma explores the dangers of social media in today's society—from cyberbullying to phone addiction. Sophia Hammons takes on the role of Isla in the film and uniquely portrays the impact social media use can have on mental health, self-esteem and family.

Girls' Life talked to Sophia about filming The Social Dilemma, her advice for girls living their teen years online and what's next for the rising young star.

GL: How did you get your start in acting?

Sophia: Back in elementary school, I joined the choir and started singing, and my teacher suggested I start doing musical theater. Even though I played a single blade of grass in one of my first musicals, I fell in love with the realism of the art and kept auditioning. Then I started taking acting classes for film and TV in Denver, Colorado, and that brought me to where I am now. I'm still singing and taking dance classes, too.

GL: Who are your acting role models?

Sophia: I really look up to Emma Watson as an actor and a human being. I respect her [so much] and hope to work with her sometime in the future.

GL: What was it like filming The Social Dilemma?

Sophia: Really cool. We basically became an entire family [on set]. The crew, the cast, everyone was so sweet and kind. And *very* smart. All the people working on that project were so intelligent and using all of these fancy words. It was kind of weird talking to them because I'm just a kid!

GL: Tell us about your character Isla.

Sophia: Isla is a teenage girl who struggles with social media and phone addiction. She is [completely] addicted to her phone. In the movie, she gets cyberbullied for the size of her ears, which actually connects me and her. I used to be self-conscious about the size of my ears. The experience makes her realize that social media is much bigger than this app that's on a screen the size of your hand. It has a bigger impact than that.

GET TO KNOW SOPHIA

Dream vacation: "New Zealand—that's on my bucket list."
Fave dessert: "Every single night lately I've been having lemon sorbet."
Current obsession: "Yerba Mate, specifically the Lemon Elation flavor."
Go-to Netflix pick: "I've been binge-watching Gossip Girl for a couple months now. I love Blair Waldorf so much."
Acting fun fact: "My acting teacher that I started with also taught Ross Lynch. Austin and Ally was my favorite show, so when I first met her I was *so* excited."
Music you're loving rn: "I really like the band Beach House. Their music makes me feel like I'm in a movie. I put on headphones and look out the car window and it's super dramatic."

GL: How do you personally feel about social media?

Sophia: Unfortunately, I agree with the film. I think there need to be regulations on social media [use]. There have been positive aspects on society—but there have also been a lot of negative ones, physical and mental. It's sad because one of the only ways to get information out there is through social media. So if you have it, you have to use it wisely, spread a positive message and try not to get addicted (which is hard because these [apps] are meant to get your attention and keep your attention). Know what you're doing and ask yourself before you post: "What am I gaining from this? Is this making me happy?"

GL: Best advice for a girl who is diving into the world of social networking?

Sophia: This is super hard. I got social media when I was going into middle school—I think a lot of [others in] my generation did as well. We've kind of grown up with social media. My advice is to slow down. I used to always want to be older, to do this or have this trend. Some advice to younger girls: You are beautiful in your own way and you should be proud of who you are at this moment, not who you are trying to be. Every girl is beautiful.

GL: What do you hope people learn from Isla's experience in the film?

Sophia: Isla gets a lot of hate comments on one of her posts. Keep in mind that what you post on the internet will probably stay there forever, even if you delete it. I also hope that the audience can take away that while we think we're controlling our own social media use and we're self-aware, it's super hard. We think we're using it—but really, it's using us. We're basically being manipulated and, think about it, no one really likes to be manipulated.

GL: What are your dreams for the future?

Sophia: Acting is my passion, [so] I hope to keep acting. I have a feeling that I will—I just love doing it and it's something I really care about. Just before I filmed The Social Dilemma, I filmed another movie called Keyhole Garden with Zoe Saldana. It's a romance-drama set on the US-Mexico border, so another heavy subject that is very timely. I'm very excited for that to come out. 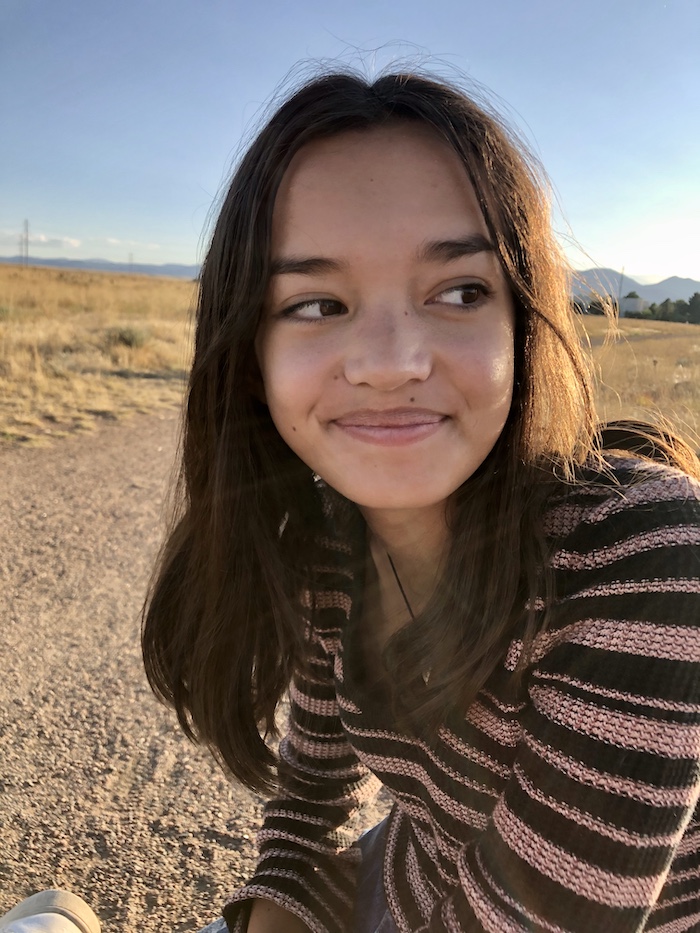 Images provided by Sophia Hammons. Parts of this interview were edited and condensed for clarity.