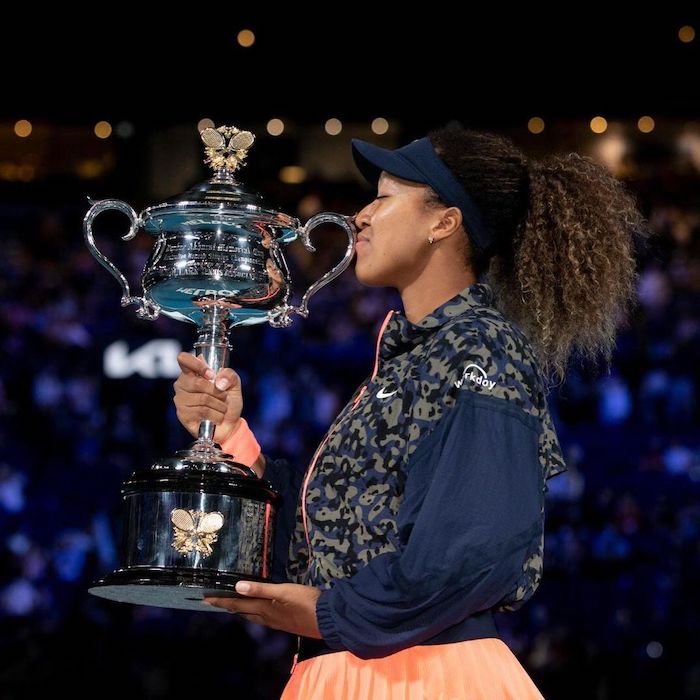 Naomi Osaka has been taking the tennis world by storm. After clinching the title at the Australian Open last week, the 23-year-old Japanese-American pro is now a four-time Grand Slam champion. But the reasons why we love her go *way* beyond her skills on the tennis court.

1. She is an incredibly skilled athlete.

Stating the obvious here, but Naomi's tennis skills are unmatched. She has an amazing forehand and a powerful serve that can reach up to 125 mph (Translation: Super fast). She has defeated champs like Serena Williams and Victoria Azarenka. Since 2018, Naomi has won a Grand Slam title (aka the biggest tournament in tennis) every year.

2. She's an activist and voice for change.

Naomi is a leading activist in pro tennis, and she frequently uses her platform to rally for change. Last year, she withdrew from the Cincinnati Open to raise awareness for the shooting of Jacob Blake. During the US Open, she entered each match wearing a face mask with the name of a Black victim of police violence, including George Floyd, Breonna Taylor and Trayvon Martin. Because of her efforts, Naomi was named a 2020 Sportsperson of the Year by Sports Illustrated and a Time 100 Most Influential Person.

3. She's always cool and collected on the court.

Naomi always keeps it classy with her great sportsmanship. She doesn't complain or yell during matches, and she never gets too heated on the court. She always gives credit to her opponent in her post-match interviews, too. We *love* a humble role model!

4. She has amazing fashion sense.

Mad tennis skills and killer fashion sense? We heart it! Naomi has her own sportswear line with Nike (which pays tribute to her Japanese and Haitian heritage), and she was recently named as a Louis Vuitton brand ambassador. The tennis star has also collabed with designer brands like Adeam and Strathberry.

And the reason why we love her the most? Her *adorable* personality. Naomi is super down-to-earth and humble. She's shy, but she has a great sense of humor. And her social media is equally awesome. She recently shouted out a ball girl on Twitter and shared a snap of her new pink hair on Insta.

Was looking at pics from AO and I just noticed the ballgirl in this 👋🏾🥺❤️ hi pic.twitter.com/7SHNKQdKqg

Slider and top image: instagram.com/naomiosaka
All GIFs via Giphy

What if Meg had to become a Greek God? 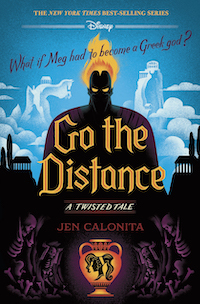 In this twist on the fan-favorite Hercules, Meg must complete a dangerous quest in order to prove herself and earn a spot on Mount Olympus. Enter to win here!