EXCLUSIVE! Everything you need to know about TikToker and singer Charli Elise 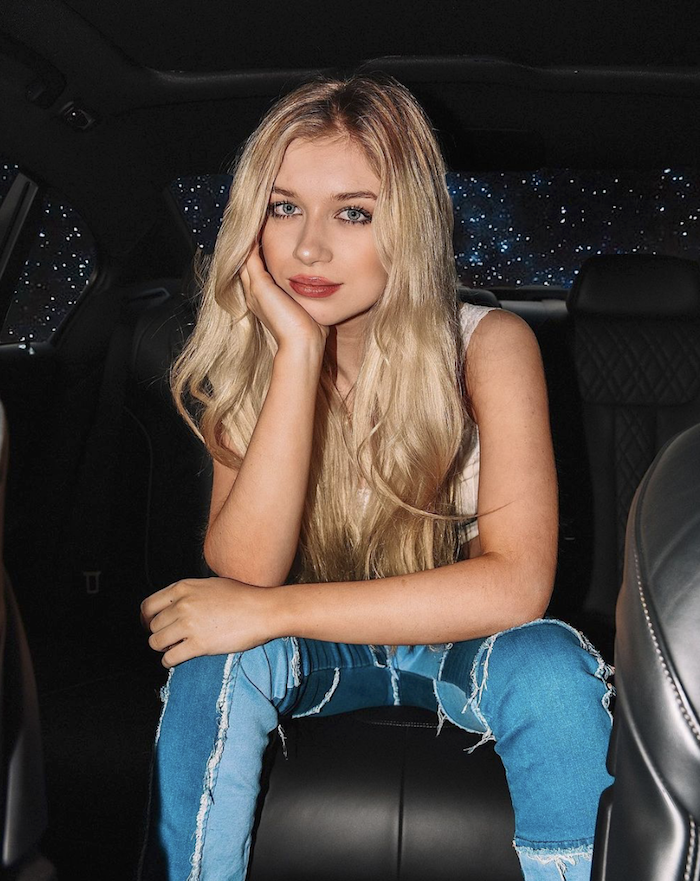 From staging photo shoots with her family to choreographing music videos with her friends, Charli Elise has always loved performing. Now boasting over 3 million TikTok followers, the 16-year-old influencer, dancer and singer has made a name for herself with her viral POVs and dance videos.

When Girls' Life sat down with Charli, the social media star opened up about her biggest inspirations, her budding music career and the advice she would give other girls hoping to get started on social media.

type “my motive is” and let your middle button expose you 😁💕

Charli: Growing up, I was obsessed with making videos with my best friends. We would always record Video Stars after our dance classes. We watched so much YouTube that we just wanted to try it ourselves. As soon as Musically became a thing, I was just really fascinated by it. I looked up to so many of the stars on the app and on social media, and eventually I wanted to try to do it myself.

GL: What is your favorite type of content to create?

Charli: Dance videos are so much fun to make, especially with friends! For me, POVs have become a creative outlet. I take inspiration from my own life and twist that into a story that I want to share with my followers.  I think it’s just a really expressive art form. It’s sort of a newer trend, but I really enjoy it. When I hear an audio I usually visualize a video theme. I definitely take inspiration from other creators on the app, but sometimes I’ll change their script or storyline a bit to make it my own.

I also love slow-mos. I think those are what I am best known for on the app, like slow motion hair flips with transitions or edits. I just think they're really fun and they’re kind of unique. I try to switch it up, but I really like those.

#pov you find out that you’re the lost princess and everything changes... ✨ ib: @isseypovs

Charli: It’s kind of a funny story, but I remember when my first video hit the For You Page on Musical.ly. I didn’t even know what to do. I just remember sitting at the dinner table with my family and being super excited, but not knowing how to tell them—because how do I explain the For You Page to my parents who have probably never even heard of Musical.ly?

After that, I think I really just got into editing. I’m a super creative person and I have a background in dance so I have loved to incorporate that into my content.  Being yourself is what really sets you apart from other people on the platform, so that's what I like to do.

GL: Do you have any tips for girls hoping to get started on social media?

Charli: The best thing you can do is be yourself and make content that you enjoy, because it really shows through in your videos. When you’re making a video that makes you happy and that you think is super fun, it is gonna come across that way to your audience, and I think we all need a little extra positivity. Besides that, I think good lighting is also key. I think having good lighting and good quality videos also really helps you grow on TikTok.

Charli: Tying into always wanting to create videos, my YouTube came along a bit later. When I started social media, I was super young and I didn’t even know how to work a camera or edit professionally. Gradually, as my audience grew, I just started posting for fun. It's something I really developed a passion for. I think YouTube is very different from TikTok in many ways, but they’re both so unique and fun in their own ways. I’ve really enjoyed taking part in YouTube as well as TikTok.

GL: Tell us about your song, "You're So"

Charli: I definitely took inspiration from your own life. Basically, I liked this guy. He was just super fun and nice, so I wanted to incorporate the happiness and joy that I got from that situation and portray that in the song. I remember going into my first songwriting session with a writer that I had just met, and he was just like “Tell me everything. Tell me all your boy tea.” So I told him everything, and I didn’t know this at the time, but my dad was sitting right outside the door, and the door wasn’t shut. It was a little bit awkward, but it was all okay!

GL: What has having a released song at such a young been like?

Charli: It’s been awesome having a released song. The best part is obviously not only the support I’ve received from my friends and family, but also from my followers. Trying something new when you already have people expecting it to be a certain way can be scary, but I am really lucky and blessed to have such incredibly supporters. It’s just been an amazing journey

GL: Do you plan on making music in the future?

Charli: I do! I just love music so much. Every single night I play the piano for like 1-2 hours and I write new music. It's something that I am just so passionate about—so I definitely want to release more music in the future.

GL: Who are your musical inspirations?

Charli: Right now, Olivia Rodrigo. She is so incredibly talented. I really relate to her music because she is a teenager like me, so a lot of the things she’s going through, I’m going through as well. I’ll also take inspiration from my friends’ situations because there are only so many songs that I can write about my love life. Ooo, I also love Ariana Grande—I think her lyrics are just great.

GL: What has been the greatest thing to come out of your social media succcess?

Charli: I’ve met so many of my best friends through social media. At night I’m usually on FaceTime with people from all across the country—and even different countries—which has been such an amazing experience. I think one of the best things about social media is getting to communicate and connect with people all across the world.

Social media has also given me a platform to talk about things that I am passionate about. Part of the reason I got into social media was because I dealt with a lot of bullying in middle school. I really turned to social media when I was growing up. I watched creators to bring me happiness, so I really wanted to do that for other people. Reading the comments from my supporters that say “You make me happy” or “This video made me smile” is such a rewarding feeling. It’s nice that I am able to give back to my followers in a way that also brings me happiness.

GL: What has been the hardest part of being a public figure at such a young age?

Charli: There have been two difficult things. Obviously there are hate comments and it’s kind of hard to deal with while you’re a teenager growing up. A lot of people think influencers are disconnected from their phones, but a lot of influencers read through their comments. Everyone sees both the positive and the negative comments on a page. The second challenge has been meeting people in real life who already have an idea of how I am going to be. I think that there is so much that we put on social media, but there is also so much that is private, that we don’t post. I think the biggest thing we can do is get to know people for who they really are and not just make judgements based on their content.

GL: How have you dealt with being a student and a content creator at the same time?

Charli: It has definitely helped me become better with time management. I am homeschooled, but I have absolutely incredible teachers who are so supportive and helpful. They even watch my TikToks so they’re always understanding. There are some days that I have to work and can't make it to class, and they’re always willing to reschedule. They’ve been so supportive throughout the entire journey and I’m just really lucky to have such amazing teachers.

GL: How has your family supported you?

Charli: They have been so supportive. Initially they were surprised and they just didn’t know how to react to the situation. I’ve always loved performing and being in front of the camera. Even when I was like 10, I would beg my dad to take little photo shoots where I would pretend I was modeling. It was so much fun.

My sister has always been someone I’ve looked up to. She is part of the reason why I even got interested in music, because she sings as well. She is so supportive. She helps me and gives me ideas when I am writing music or playing piano—so she is awesome.

GL: What is something that people would be surprised to learn about you?

Charli: I think people would be surprised to hear that I am both a waterskier and a downhill skier. My mom grew up in the midwest, so her whole side of the family is big into water skiing. My dad’s side of the family is really big into snow skiing. It has always been sort of an inside joke, like “Oooh which one do you like better?” and I’m like “I can’t pick, it’s too hard.”

GL: What are your plans for the future?

Charli: I have some exciting things planned for the future. I can't talk about them, but I am really excited to share them when they do come out. I think my followers are going to be really excited!

All-time fave movie: "The Notebook—one of the BEST movies of all time."

Go-to snack: "French toast. It is soo delicious and easy to make."

Most loved color: "Pink is my all-time favorite color."

Fave season: "Winter! I love Christmas so much."

Parts of this interview have been edited and condensed for clarity.

Obsessed with Charli? You can keep up with her latest adventures by following her on Instagram, TikTok or subscribing to her YouTube channel!