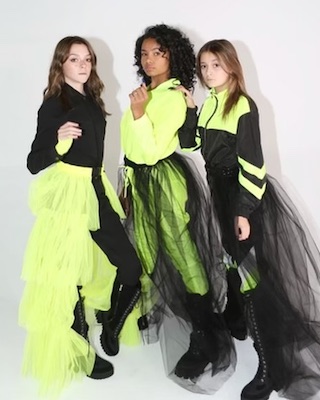 Social media stars and performers Brooklyn Queen, Sophie Fergi and Sarah Dorothy Little have been through a lot together—and that's what inspired them to start their new nonprofit, Kindness4AllKind. We got on Zoom to talk to the three teen influencers (and close friends) about the positive message they hope to spread, advice they'd give to teens and tweens everywhere and *so* much more.

Girls' Life: How have you navigated the ups and downs of social media and fame?

Brooklyn: The biggest positive is my supporters. Anything I put out, they will support. I do social media for them and to build my audiience for my music. I'm an artist first.

Sarah: And the best thing for me is being able to spread awareness, like I'm able to do with Kindness4AllKind, abotu things that are right and that I believe in. I think the downside is that when I was in school I was bullied a lot and made fun of for what I was doing. It was really awful. Bullying is not acceptable. It can really destroy how someone looks at the world and at themselves.

Brooklyn: Exactly. Some people won't respect you as much [for doing social media]. People would make fun of me for doing TikToks and things like that, but now because of the pandemic they're trying to get into that lane since they can't perform as much. So now they *have* to be in my world.

Sophie: When you have a platform, you have a lot of responsibility. You have to be aware that you will get hate in this industry, especially if you're doing well. It's important to stay strong and not let that hate get to you. I have my friends supporting me so I don't let it get me down. We spend so much time making content and put so much effort into it and I don't think people understand that the backlash and hate can be really damaging.

Sarah: Everyone is human. No matter what you're going through, it's OK to have emotions and we're here to show you love and support. Influencers are also people with emotions who go through things, and it's important to be sensitive to that, too. Even if someone has a big following it doesn't mean those comments don't hurt.

Brooklyn: Exactly. We want to be here for anyone who needs us.

Related: Exclusive! Brooklyn Queen opens up about everything

Girls' Life: Do you think that influencer squads are positive or toxic?

Brooklyn: From what I've experienced, it's all positive...for the people watching. You try to make it look good on the outside. But behind closed doors, everyone doesn't know what's going on in the inner circle. The group I was in was very toxic.

Sophie: I think it's all about what group you're in. If you're around a toxic person, you know it. You need to surround yourself with people who are loving and kind and make you feel supported.

Sarah: In any group you're in, you're going to have good times and bad times. But, like Brooklyn said, some groups paint a picture of themselves on the outside and on the inside it's completely different. Find those people who are open and caring and actually want to listen to you and to your problems and help you—not the ones who are going to get frustrated and just talk about you behind your back. That's what makes it toxic.

Girls' Life: What do you wish more people knew about you?

Brooklyn: I'm a positive person, but when I need to speak out on what I've been through, some people will say I'm being aggressive or mean. But I just feel like if I don't say anything, then how am I going to be heard? I'm going to speak out when something isn't right.

Sophie: That was awesome, Brooklyn. I think there's a lot I want people to know about me. But at the end of the day I'm a person and I have feelings. When you leave hate comments—I have thick skin, and it's not always going to get to me—but people do see it and it does get to them.

Sarah: I think I'd want people to know that I spent a lot of my life feeling insecure and worried about what people thought of me—how I looked, what I was wearing, what they were thinking. It really got to me as a person. When someone would look at me a certain way I'd just start crying on the spot. I wasn't confident. But I [started to realize] there's no way to change who you are. You are beautiful just as yourself. Now I look at life a whole different way and I want that for everyone—to feel confident in yourself, surround yourself with people you love and to feel proud of who you are, how you look, how you act. Just love yourself.

Remember to spread love and kindness! 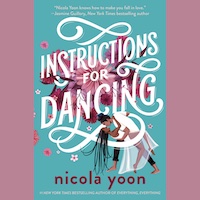