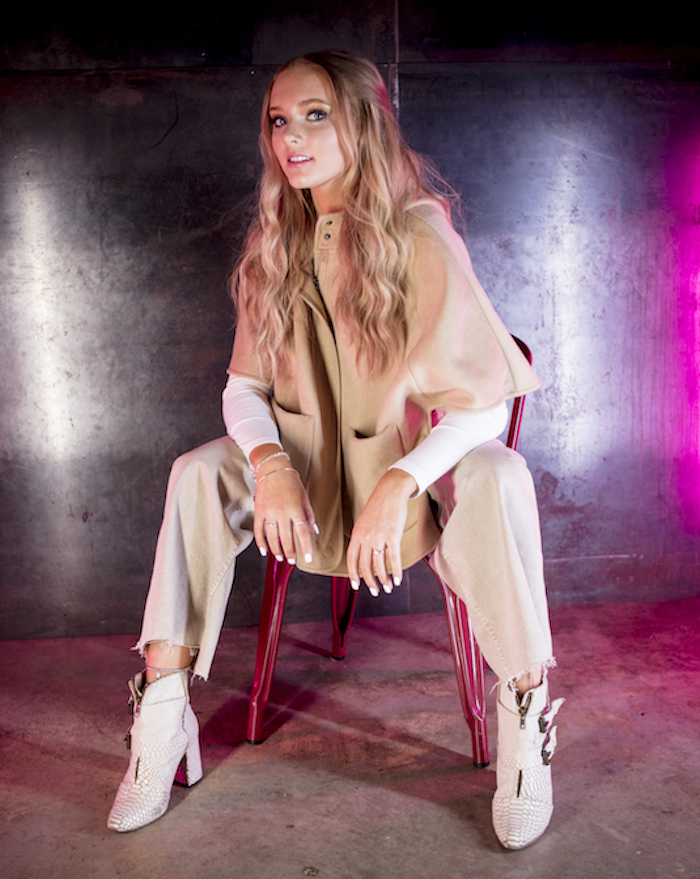 Queeva was born to be a country music sensation. Raised on Dolly Parton and Randy Travis, the 17-year-old singer and songwriter has loved country music her entire life. Now, having released a plethora of singles that attracted the attention of country fans nationwide, Queeva is well on her way to stardom.

When GL sat down with Queeva, the teen star opened up about her songwriting process, greatest musical inspirations and her new single, “Show Off.”

GL: Tell us about your new single, "Show Off."

Queeva: "Show Off" is one of my favorite songs that I have written. I wrote it with Brandon Darcy and Trent Tomlinson, and as soon as we wrote it, I just wanted to record it. The song is about how in today's world, people feel pressured to be someone they're not or they think they need to change for someone else. In this song, I'm saying that you shouldn't have to change for someone else just to impress them or make them like you.

We had to have three different writing sessions to finish this song. This song took longer than most songs I've written because every word is really important. I love songwriting so it was cool to see the song come to life.

Queeva: The beginning is always the hardest part. It can be difficult because everybody has different ideas and you're still trying to figure out what direction you want to go in. My favorite part of songwriting is the end. I love the feeling of figuring out that last line and knowing that you can finally listen to it altogether.

GL: What was filming the "Show Off" music video like?

Queeva: It was so much fun! We had such a good crew and my guest star, Hunter, was really nice. When you have a good crew around you it makes filming more fun. Basically, in the video Hunter is trying to impress me in different ways. At the beginning we are really dressed up and as the video goes on, we become more like our normal selves. We also had a super cool Corvette in the video...and I guess people are going to have to watch the video to see what happens at the end.

GL: What originally made you interested in country music?

Queeva: My dad! He always played Dolly Parton, Randy Travis and other country legends when I was younger. Then I started listening to Taylor Swift, as every young girl did, and she really influenced me to want to start songwriting.

GL: How have your Irish roots impacted your musical style?

Do you have a comfort TV show? Vampire Diaries.

A song you can't get out of your head? Look What God Gave Her by Thomas Rhett.

Is there a food you constantly crave? Pizza.

Something people would be surprised to learn about you? I love rock climbing!

GL: What is it like having so many released songs at such a young age?

Queeva: It is crazy! I have always dreamed of being able to put out music, so having the platform to put out music and know that other people are listening to it has been really cool. I recently signed a publishing deal and have also gotten to play at Summerfest, which was pretty cool.

GL: What advice do you have for other young girls hoping to get involved with music?

Queeva: Even if other people don't think you can do something, or they think your dream is too far-fetched, know that if you put in the hard work and believe in yourself that you can do anything you want.