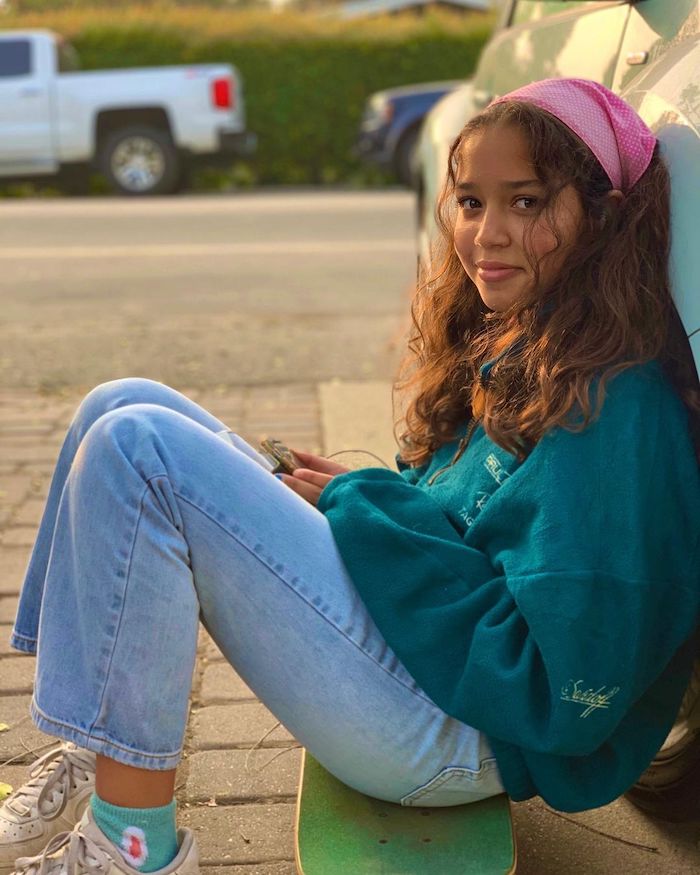 You know Ruth Righi best as Sydney Reynolds on Disney's Sydney to the Max (back on Disney Channel for a third season starting March 19). And while the 15-year-old actually has a lot in common with her onscreen alter ego (to start, they're both biracial and amazing bass players), we decided it was time to dig even deeper. Below are five brutally honest, real-life confessions straight from Ruth herself.

Confession 1: They changed Sydney's hobby on the show because I can't skateboard.

"In the pilot, the idea was that Sydney was going to be a skateboarder like her dad...but I had zero experience with skateboarding. Like, I couldn't go a foot. But I came in one day with my bass, and I was playing, and they were like, 'Oh, that's cool. We should add that in.' So now I play bass guitar on the show, which is good, because me on a skateboard would have been a nightmare!"

Confession 2: I don't heart all the '90s fashion on Sydney to the Max.

"I love the turtlenecks, big logos and oversized jeans—it was just such a great time for fashion. But I'm not the biggest fan of shoulder pads."

Confession 3: I think it's so cute when old people use social media.

Confession 4: Some of Sydney's struggles with being biracial actually hit really close to home for me in real life.

"My mom is white and European—she's Swedish, Danish and Irish—and my dad is from Tunisia in North Africa. Growing up biracial, I can relate to some of Sydney's experiences, like getting asked if I'm adopted when I'm out with just my mom. It can be tough."

Confession 5: I've had to deal with microaggressions my whole life and it's time more young people talked about this issue.

"Because of my race, I've had people make some uncomfortable comments—they're not always blatantly offensive, but they just make me feel less than. I wish I'd spoken up then about how those comments made me feel, and I want to empower more people to do that today." 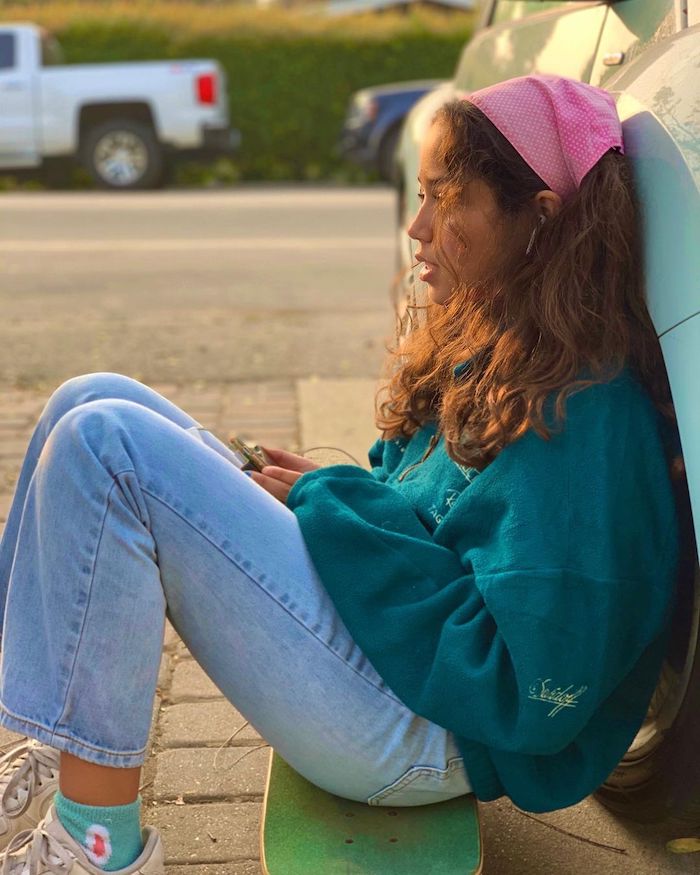 Catch the third season of Sydney to the Max on Disney Channel starting Friday, March 19!

Hey, girl! Just wanted to let you know that this story originally ran in our April/May 2021 issue. Want more? Read the print mag for free *today* when you click HERE.