Everything you need to know about Alexander James Rodriguez and his latest single, "California" 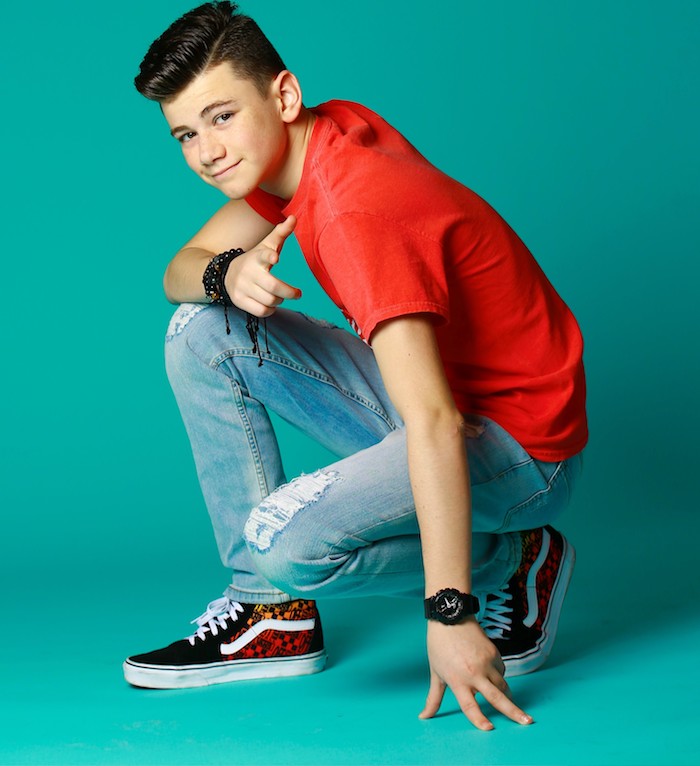 Whether he is chilling on the set of his latest music video or hitting the beach with his friends, Alexander James Rodriguez knows how to have a good time. At just 14 years old, the young singer and actor has already made waves in the entertainment industry. After winning the "rising star" award at the Hollywood Music and Media Awards (for the release of his first song, btw), the British teen has continued to release music, voice act and have a great time while doing both.

When we caught up with Alexander, we learned *everything* you need to know about his greatest inspirations, favorite hobbies and his latest single, "California."

GL: What made you want to pursue singing and acting?

Alexander: When I was six years old, I started acting, so it's always been a part of my life. As for singing, most of my family are singers, so it seemed like the natural progression to go from acting to singing—especially once COVID hit. Since most productions and auditions were put on a standstill, I decided there was no better time to get started, so I did.

GL: Tell us about your single, "California."

Alexander: Well, it is about California and what the state represents to me. It touches on how I felt when I first moved here, and how excited I was about the surfing and skateboarding and all of the landmarks you'll find here.

GL: What was it like filming the "California" music video?

Alexander: It was great! We filmed it all over California, but we wound up having to film it over three separate days. The first day was overcast, the second day we had camera troubles and on the third day, we were finally able to get it right. We filmed it in Venice Beach, Beverly Hills and at the Hollywood sign. We also had b-roll going up the entire state following the Pacific Coastal Highway.

I really loved getting to ride in the convertible that we used for the music video. I remember sitting on the back of the vehicle and thinking it was the most fun—and scary—time I had filming the video.

GL: How did you feel after winning the "Rising Star" award at the Hollywood Music and Media Awards?

Alexander: Winning the Hollywood Music and Media Awards for my first debut single was a crazy experience. "My Crew" was the first song I ever wrote or recorded, so it was a crazy and unexpected experience. I was jumping around and screaming in my hoouse after I found out I won. I hadn't expected my first record to hit a million streams.

GL: What is being a voice actor in Bee and Puppycat like?

Alexander: I started playing the role of Cardamom when I was seven and I have been playing it ever since.I  have been able to see the character's transition through the ages, which has been cool. I am really excited to see the show getting put on Netflix for 2022. Being in the studio to play that character was always really fun, and it's really how I learned how to be in a studio in front of a microphone.

Get to know Alexander...

Who are your biggest inspirations? Harry Styles and Dua Lipa.

What is your go-to snack? Babybel cheese.

What show are you currently binging? The Hardy Boys new Hulu show.

What's something people would be surprised to learn about you? I can solve a rubiks cube!

GL: What are some of your hobbies aside from acting and singing?

Alexander: I love surfing, skateboarding, snowboarding, swimming and playing tennis. Honestly, I just like getting to be outside! I got a surf board for my birthday last year and have been obsessed with surfing ever since. I also love to read—I'm a bit of a bookworm. I enjoy Percy Jackson and Greek Mythology and all of that.

GL: What is next for you?

Alexander: This summer I am releasing two singles. The first one is "Bella Loquita," and it is my first single with Spanish lyrics. It was really fun to record because it's very summery—it definitely has a funky samba vibe. We also just finished recording the music video, so stay tuned for that. Oh, and I'm also releasing a song called "Cherry Bomb" later in the summer.

Aside from working on music, I plan to kick back, relax and chill by the beach. 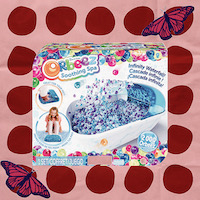