Everything you need to know about Isabelle Fries' latest single, "Fight for Me" 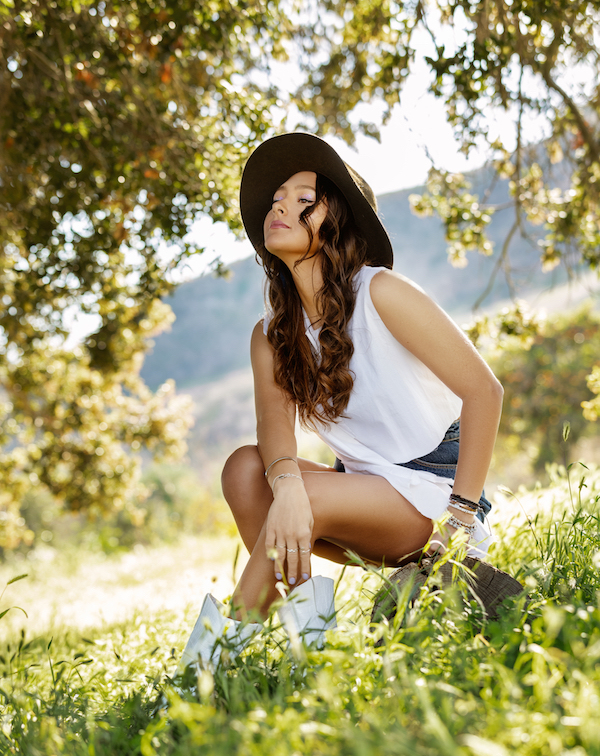 You might know Isabelle Fries from her absolutely amazing single "All We Had," which she released last October. A fan of producing pop music with an alternative edge, Isabelle has a unique sound and powerful lyrics.

The Australia-born and Denver-based singer, songwriter and activist just released "Fight for Me," which is the heartfelt—and truly important—summer song we *all* need to hear right at this moment.

"Fight for Me" has a deep and special meaning to Isabelle: "It's an authentic representation of who I am," the singer admits. "It's more personal to me." Isabelle confesses that the song relates to the "constant balancing act" of her busy life and schedule.

"I have phases where it's like I'm running in circles or running in place, and I can't stop just going through the motions," she explains, with an optimistic note: "You can pull yourself out of it, though. That's the message. It comes down to perseverance and a dedication to yourself." And after a year of consistent stress, pressure and unknowns, isn't that *exactly* the positive, self-care energy we need right now?

When she isn't releasing new music, Isabelle is working hard to leave the world a better place than she found it. As a middle-school teacher and community volunteer, Isabelle says she has dedicated herself to "Put[ting] my energy towards things that are larger than myself." And it's that endless compassion and selflessness that shows up in her music—which, as cathartic as it is for Isabelle, is just as relatable to every teen girl out there who sees her innermost hopes and thoughts through Isabelle's powerful lyrics and melodies. That's why we feel so good listening to Isabelle's music. Not only does it get us in our feels and give us hope for the future, we love to support an artist who's as kindhearted as she is talented.

Check out "Fight for Me" below:

"Fight for Me" is now streaming on all platforms! Check out Isabelle's YouTube and social media to learn more.

What do you love most about "Fight for Me?" Let us know by tagging us on social media @girlslifemag.